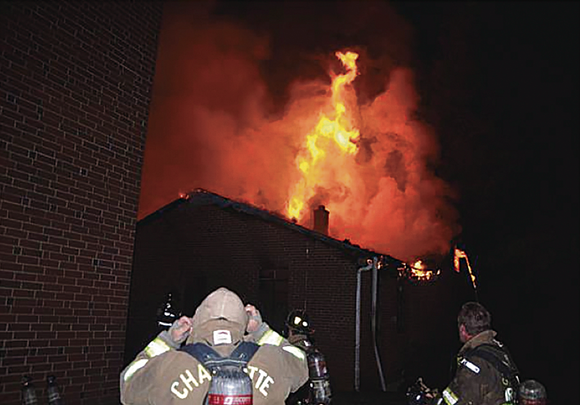 A coalition of Muslim groups launched an online fundraising campaign to help rebuild the Southern Black churches that have been either burned to the ground or severely damaged by fire in the aftermath of a white gunman killing nine Black worshipers in Charleston, S.C.

Since its launch July 2, during the holy month of Ramadan, when Muslims are encouraged to engage in charitable causes, the Respond With Love campaign has raised more than $50,000 as of last Thursday afternoon. The fundraiser ends July 18, with money going to the churches that need it most, organizers say.

“We know firsthand the significance of our houses of worship and decided that the best act of charity this month is to support the rebuilding of Black churches where God’s name is called and loved,” said Linda Sarsour, executive director of the Arab American Association of New York, one of the three groups leading the cause. “Islam declares that ‘Black Lives Matter,’ and this campaign puts our words and faith in action.”

Faatimah Knight, a graduate student at Chicago Theological Seminary, came up with the idea to launch a crowdfunding campaign to help the churches. She said she is encouraged and surprised by the amount raised in a short span of time.

“It’s an affirmation of why God tells us to do good. We want to rebuild and grow and heal, and Muslims have been and can continue to be a part of that healing process,” Knight told the AmNews via email. “Myself and my team members are motivated by faith. We see Christians as our brothers and sister in faith.”

The string of fires at the predominantly Black churches, which took place within 10 days of one another, is under investigation by local and federal authorities, including the FBI and the Bureau of Alcohol, Tobacco, Firearms and Explosives. The churches were located in Florida, Georgia, Tennessee, North Carolina and South Carolina. Even though authorities said three of the churches were intentionally set ablaze, they haven’t found evidence to prove that hate was a possible motive.

Regardless, attacks on Black churches have triggered concerns of racist violence. It is also a reminder of the numerous Black churches that have been set on fire by white supremacists as a political terrorism tactic dating to post-Civil War Reconstruction, including the 16th Street Baptist Church bombing, which killed four young girls in 1963.

Though not to the same extent as the Black community, Muslim Americans too are vulnerable to intimidation and racial stereotypes. Sarsour said their campaign “demonstrates true solidarity” and challenges the misperceptions of Muslims and Islam.

Said Sarsour, “[It] sets precedent and an example of how religious communities can live their faith out loud. For Muslims, this is in line with the teachings of Islam.”