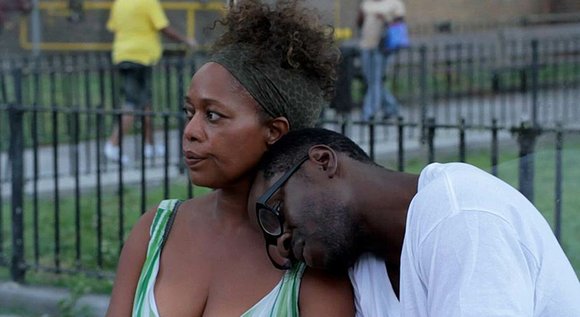 Ben Bowman’s “Knucklehead” will open BAMcinématek’s fifth annual New Voices in Black Cinema, running March 26 to March 29. The film is a hard-hitting Brooklyn drama starring Alfre Woodard and Gbenga Akinnagbe (“The Wire”). The screening will be followed by a Q&A with Bowman and Akinnagbe.

In anticipation of the festival, the wanted to know what Bowman had on his mind about being a director and showing his film at the New Voices in Black Cinema film festival.

AmNews: What do you love best about being a storyteller?

Bowman: The moments when something clicks for an audience. They have an involuntary response, a feeling. Then I’m doing my job.

Why did you make this film?

You see a guy talking to himself on the street. Someone seems crazy on the subway. What happens when they are out of your sight? What is their dream? I wanted to find out.

What’s unique about this festival?

It’s risky to showcase a movie like “Knucklehead.” But it has big rewards. I see the words “New Black Cinema” and I get excited. It’s BAM, so you know the films are good.

What is it about New York City that makes your creative juices flow?

We live on top of each other. Like it or not, you have to deal with someone else’s face in your face. I like to make landscapes of New York City with human faces.

What does diversity (in the entertainment industry) mean to you?

Opportunity. Even the best actors have to choose from a limited list of roles. The most sought-after collaborators want new stories. When we start to tell everyone’s story truthfully, the talent shows up. Then you get to work with world-class talent like Gbenga Akinnagbe and Alfre Woodard.