NYCHA urged to take responsibility for murder of Olivia Brown 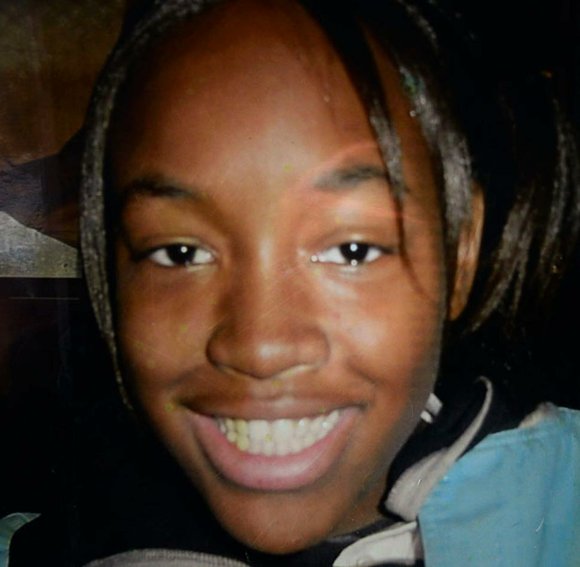 Community leaders in Harlem gathered at Lincoln Houses Monday, advocating that all NYCHA residents be kept safe after the 2013 murder Olivia Brown.

Olivia Brown, 23, was enrolled in community college working for UPS when she was killed. A woman who did not live at Lincoln Houses at the time and had prior arrests, including a previous trespassing arrest at another building on the NYCHA property, was charged with the murder.

Iesha Sekou of Street Corner Resources, Jackie Rowe-Adams of Harlem Mothers SAVE and Pastor Vernon Williams, along with other Harlem leaders, are directly challenging NYCHA lawyers’ claim that “All the risks, hazards and dangers were open, obvious and apparent to [Brown] and said risks, hazards and dangers were openly and voluntarily assumed by [Brown].”

“Every citizen who lives in NYCHA housing should expect safety, as their landlord is the City of New York,” Sekou said.

NYCHA had received $1 million to install security cameras at Lincoln Houses and did not install them until after Brown’s murder.

Brown’s family filed a lawsuit against NYCHA over her death. However, the public housing agency is reportedly seeking to get the lawsuit dismissed. They say Brown should have been aware of the safety risk of living in NYCHA housing.

“I can’t believe they’re saying she’s responsible for her murder,” Brown’s mother, Crystal, said in one report. “Everybody has a right to be safe in their home. Why wasn’t my daughter safe? Because we’re poor and live in public housing?”

Crystal Brown added that she’s suing because the woman who killed her daughter should not have been on NYCHA property. Several NYCHA developments have a heavy police presence in areas known for high crime.

The family’s lawyer, Kyle Watters, said, “If the language in the ... city’s papers is taken as case specific, I do not agree that anyone should be deemed to have assumed the risk of being shot merely by walking in the public area of a New York City Housing project.”