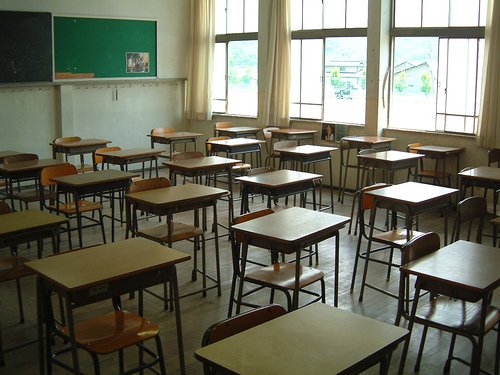 The mayor announced plans to spend up to $186 million a year on his new agenda, which would extend past his time in office. His plan includes efforts to boost graduation rates, taking students on college visits, algebra instruction and providing computer science instruction for all students.

“The city has been blessed with smart, hardworking, dedicated and determined children, parents and educators,” said de Blasio during his speech. “Over the years, they have written success stories that transformed lives, lifted up communities and made their mark on the city, the country and the world.

“But there simply have not been enough of those success stories. We want many more.”

One of those ideas includes an $80 million computer science initiative that would teach students the basics of programming. The cost would be split between public money and private money.

District Council 37 Executive Director Henry Garrido praised de Blasio for this speech and said that the mayor has lived up to his promises to New Yorkers.

“The plan he put forth today reflects a keen understanding of the needs of our city’s schoolchildren and the demands that the world will put on them in the future,” said Garrido in a statement. “Whether it’s giving eighth-graders access to algebra or ensuring that every student receives computer science skills or supplying every high school with resources to make college accessible for their students, the mayor’s thoughtful approach to providing equity and excellence in education builds on the remarkable accomplishment of universal pre-K and helps give all of our city’s kids the opportunity to become productive, prosperous adults.”

The mayor’s speech also earned praise from educational activists such as Zakiyah Ansari, the advocacy director for the Alliance for Quality Education. She said his speech contained improvements but more work needs to be done.

“Finally, we have a mayor who is taking on educational inequity and offering solutions,” said Ansari. “Reading specialists and Advanced Placement courses are pieces in the puzzle for what our students need and have been required to do without for far too long. Combine these with pre-K and community schools, and we can finally see a working vision for school reform taking shape under Mayor de Blasio’s leadership.”

But not all are happy with de Blasio. Jenny Sedlis, executive director of the pro-charter school group StudensFirstNY, said that although she’s happy de Blasio recognizes the importance of improvements to education, it’s not enough.

“Mayor de Blasio is beginning to realize what parents and children in struggling schools have long known: New York City schools are in crisis,” stated Sedlis. “Too many children are trapped in failing schools and too few students are being prepared for college and career. The mayor’s new plans are a start, but there are glaring omissions: He needs to pay more than lip service to teacher quality and the expansion of school choice. Until there’s a great teacher in every classroom and quality school options for every child, parents won’t be satisfied.”

Nevertheless, de Blasio is staying the course, and he has a lot of educational activists on his side.

“We have to make sure success is as common in East New York as it is on the Upper East Side,” de Blasio said to applause of hundreds of educators, politicians and his own appointees.