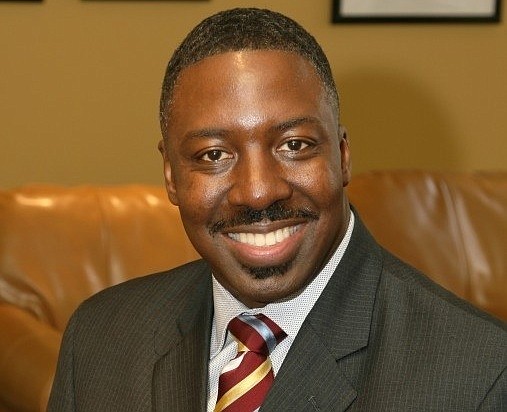 Gregory Floyd, President, Teamsters Local 237 and Vice President at-large on the General Board of the International Brotherhood of Teamsters

May 19, Mayor Bill de Blasio announced his 10-year plan to eliminate NYCHA’s operating deficit to prevent the downfall of a program that houses over 600,000 and employs over 11,000 New Yorkers. In fact, 1 out of every 8 New Yorkers lives in NYCHA housing.

The plan will greatly reduce NYCHA’s deficit, but even after the plan is implemented, NYCHA will still be left with a $10 billion hole. As president of Teamsters Local 237, the union that represents New York City’s public housing workers, I am calling on all NYCHA stakeholders, including elected officials, unions and NYCHA administration, to consider other funding streams for NYCHA, along with greater efficiency, as we evaluate the mayor’s plan.

I commend our elected officials for making NYCHA a top priority during its worst financial crisis and developing a plan that will put NYCHA on track for financial sustainability. However, the plan presented by de Blasio will still leave $10 billion in unfunded capital needs. To ensure that this plan is executed and to close the $10 billion gap, we need to remove politics from the process. Elected officials must put aside their posturing, personal agendas and gamesmanship of taking credit and ascribing blame and focus on the best solutions to fix NYCHA’s financial deficit.

Under de Blasio’s plan, NYCHA would find revenue by leasing “underutilized” NYCHA land to developers who, in turn, would build housing. As NYCHA leases land to developers, I emphasize the importance of preserving precious open and green space for residents. Without open space, the quality of life for our NYCHA residents will diminish. Many of these lands are not underutilized, but are areas where children play and seniors sit—it’s their backyard. This sentiment was underscored by tenants’ disapproval after a recent announcement to build a new tower on land currently used as a playground at Holmes Towers on the Upper East Side.

Additionally, it is imperative that all funds raised by this plan go directly to NYCHA and not into a general fund for the city. This mandate would guarantee funds be allocated solely for repairing NYCHA infrastructure and expanding social services at NYCHA buildings, as well as facilitate quick responses to an emergency rather than having to navigate the city bureaucracy to retrieve emergency funds.

Although NYCHA is the nation’s largest public housing authority, we have not seen a great enough commitment at the federal level. In fact, federal funding has decreased over the years. This year, NYCHA did receive $100 million from the state, which is a much-welcome funding source dormant for two decades that we hope will continue. Clearly, for NYCHA to move forward, it needs to develop an advocacy campaign for more funding on all levels that is innovative yet never devoid of the human element.

Finally, NYCHA must focus on instituting a more effective rent collection practice and efficient spending practice. This effort will help to generate revenue and curb costs, which means more money can be allocated toward making desperately needed repairs and installing security systems. It is critical that NYCHA workers are given the tools and resources they need to complete projects in the most productive way possible.

New Yorkers deserve leaders who will protect affordable housing in a city where it is nearly impossible for individuals to afford the median rent of $2,690 per month. We need to address the underlying causes of the affordable housing crisis, not just the symptoms. As president of Local 237, I will continue to fight for our 8,000 members who work in the city’s public housing system, a third of whom are NYCHA residents as well. While the mayor’s plan contains elements that have merit, it needs to be part of a more comprehensive strategy to preserve and protect public housing.