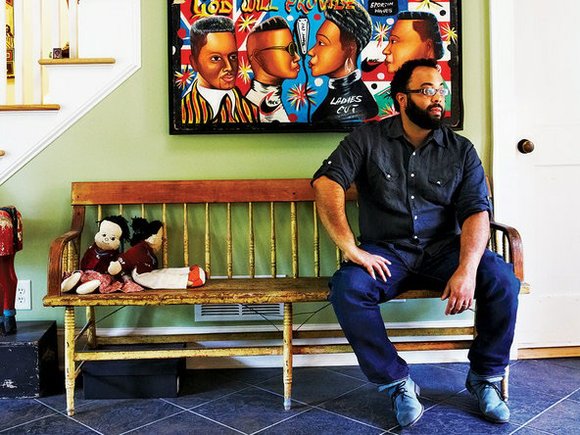 The New York Public Library names poet and scholar Kevin Young as Director of the Schomburg Center for Research in Black Culture.

Young will begin his tenure at the over-90-year-old Schomburg Center in late fall 2016.

“The Schomburg Center is the world’s preeminent institution for preserving and sharing the black experience, and Kevin Young’s unique perspective and new leadership are certain to preserve and grow that rich legacy and history,” said New York Public Library President Tony Marx. “As a scholar, curator, organization leader, and writer, Kevin is uniquely qualified to both expand and make more accessible the Schomburg’s irreplaceable, relevant, and important collections.”

Young’s awards and honors include membership in the American Academy of Arts and Sciences, the Lenore Marshall Poetry Prize, the Donald Justice Poetry Prize, the Hurston/Wright Legacy Award, the Graywolf Press Nonfiction Prize, the Southern Independent Booksellers Alliance Award, and Guggenheim, Lannan, and National Endowment for the Arts fellowships. He is widely recognized as a teacher, scholar, and public voice and has held named professorships at Princeton, Indiana University, and Beloit College. His poetry, reviews, and essays have appeared in The New Yorker, The New York Review of Books, The New York Times, and The American Scholar.

“I am both honored and humbled to be entrusted with the directorship of the Schomburg Center, the world’s premiere repository for African American culture and the African diaspora," said Young. "I look forward to continuing the Schomburg Center's mission to expand access, acquire collections, and promote the preservation and learning of black history and letters, all in the heart of historic Harlem.”

Young has published 11 books and edited 8 others. In February, Knopf published Blue Laws: Selected & Uncollected Poems 1995-2015. His influential volume of cultural criticism, The Grey Album: On the Blackness of Blackness, won the PEN Open Book Award, was a finalist for the National Book Critics Circle Award for Criticism, and was named a New York Times Notable Book. His Book of Hours (Knopf, 2014) was a finalist for the Kingsley Tufts Award and winner of the Lenore Marshall Poetry Prize from the Academy of American Poets. Young was a National Book Award finalist for Jelly Roll: A Blues, a collection of poetry.

The son of Louisiana-born parents, Young grew up in the Midwest and on the East Coast. Young graduated from Harvard University with a Bachelor of Arts in English and American Literature in 1992, held a Stegner Fellowship at Stanford University, and received his Master of Fine Arts from Brown University in 1996.