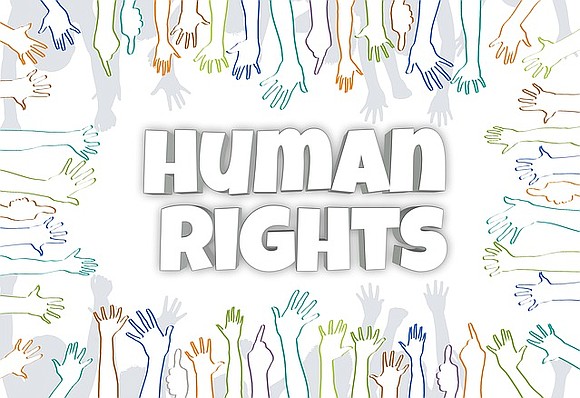 “What’s the call? Free them all!” a slew of multiethnic activists chanted while posted up on the northeast corner of Harlem’s African Square (125th Street and Adam Clayton Powell Jr. Boulevard) this past Saturday afternoon as they withstood the cold while commemorating Human Rights Day. Although the day was initially established in 1948, it wasn’t until 1950 that the United Nations General Assembly passed resolution 423 (V) declaring Dec. 10 Human Rights Day.

On the heels of the 35th anniversary of Mumia Abu-Jamal being shot by a cop and incarcerated in Philadelphia, the plight continues for the clemency of hundreds of America’s political-prisoners.

“These are President Obama’s last days in office, and it’s great that he released nonviolent drug offenders who have served crazy amounts of time in prison. I think he should do the same thing, with the stroke of a pen, and free all the federal political prisoners,” suggested activist Gwendolyn Debrow. “For instance, Leonard Peltier, Oscar Lopez-Rivera, Mutulu Shakur, Veronza Bowers, Bill Dwaine, all of the people I mentioned have served tremendous amounts of time behind bars and all of them have been nonviolent while in prison, so it serves no purpose by continuing to punish them by serving more time—it’s unnecessary. Let them come home. It’s time.”

The Jericho Movement’s Ann McMan mentioned some of the dehumanizing conditions many political-prisoners endure that contribute to some eventually having poor health, and worse.

“It’s not medical neglect—it’s medical murder!” she declared. “They [prison officials] know what they’re doing; they do it on purpose. Merle Africa died in ’98, Abdul Majid. They are so afraid of the ideas of our political prisoners.”

Next up, MOVE Organization’s Brother Ory laid out the tragic events that occurred in Philadelphia Aug. 8, 1978, which resulted with “them charging nine people for the murder of one cop, despite overwhelming evidence of their innocence. Our family was speaking out in the community against police murders, that’s the real reason they’re in prison. They killed Phil Africa.”