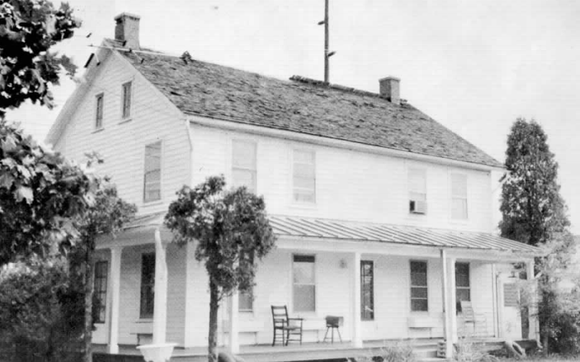 The Tubman Home for the Aged represents an important aspect of Harriet Tubman’s charitable work and activities in Auburn. It maintains integrity of location, setting, materials, feeling, design, and association.

To establish a home for aged and indigent African Americans was a goal for Harriet Tubman throughout her years in Auburn (ca 1859 - 1913). It was a partially realized goal for most of that period, in that there were always sheltered in her own home some poor “wrecks of humanity, entirely dependent upon Harriet for their support.” She depended upon the generosity of her many friends to help her provide for those in her care doing, as she herself said, “...what the Lord meant me to do.”

Harriet Tubman Home for the Aged

It seems that there were always more people to be cared for than she could accommodate, however. In 1896 she seized an opportunity to expand this work beyond her own home when she purchased the parcel of land with two houses, barns and outbuildings, immediately to the north of her own seven acre tract on South Street. Of the two houses on the property, it is the frame building that was initially used for Harriet’s home for the aged. Although she had expanded the space in which she could care for people, she did not have an increased income to provide for necessities. She continued to rely on donations from her friends in the community and elsewhere, and to what could be raised on her lands.

The struggle to keep food on the table and clothes on the backs of the inmates continued until Harriet was in her 80s. Finally, in 1903, Harriet deeded the 25 acre parcel and the two houses to the A.M.E. Zion Church, and responsibility for the continuation of the Home was turned over to them, although she remained active in her work with the inmates. In May 1911, her own health failing, Harriet was admitted to the Home that she had founded, and remained there until her death on March 10, 1913.

The Tubman Home for the Aged was run by the church for a number of years after Harriet’s death, remaining open until the last remaining inmate died. After this, the properties fell into disuse and by the late 1930’s both the frame and brick houses were derelict. By the late 1940s only the frame house remained, and in 1944, Bishop William J. Walls spearheaded an effort to have the A.M.E. Zion Church restore the frame house.30 This was eventually done and on April 30, 1953 the Tubman Home was dedicated as an historic site and memorial to Harriet Tubman’s life and work, a recognition that came some 40 years after it was initially suggested. In 1914, on the occasion of the dedication of the plaque honoring Harriet at the Cayuga County Court House, James Edward Mason had said, “The Tubman Home should be a mecca for Afro-Americans in particular and patriots generally, that the rising youth may be impressed with the important lesson how noble it is to live for others and the elevation of their native land.”

These sentiments received official sanction in 1974 when the Home for the Aged received National Historic Landmark designation, and it has attracted tourists, scholars, and those who wish to pay tribute to Harriet Tubman, ever since. It is also the site of an annual Pilgrimage for members of the A.M.E. Zion Church, when members gather at the Tubman Home to celebrate her life and work. Harriet’s own residence had always been used to care for others, first in the frame house that she purchased from Seward, then in the larger brick house that she built with the aid of her friends, to enable her to care for more inmates. The existing Home for the Aged represents the culmination of her charitable work in this area, and is the remaining physical evidence of her efforts to see that it would continue after she was gone.