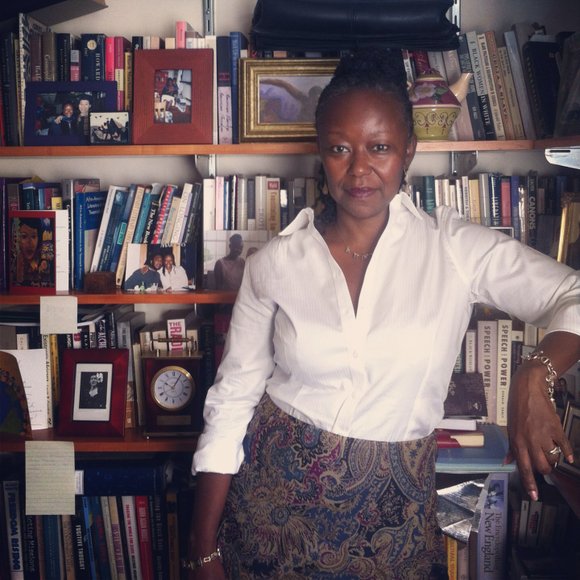 The first Black Girl Movement Conference will be coming to Columbia University, April 7-9, 2016, where guests will be treated to panel discussions, workshops and other activities, all for the purpose of empowering Black girls and women.

The conference will take place over three days and will include art exhibitions, dance performances, readings and cyphers, and will welcome guest speakers from across the nation, who will tackle topics relevant to the challenges Black girls face and further inspire their creativity.

Conference organizer and the William B. Ransford Professor of English and comparative literature and African-American studies at Columbia University, Farah Jasmine Griffin, said the conference will “shed light upon the unique challenges Black girls face, while also highlighting them as visionary innovators, artists and activists.”

The idea for the conference came from a team of scholars, organizers, activists and artists who were brought together to “address the lack of attention given to Black girls” and their creativity, their activism and the challenges they face.

“The conference responds to the crisis confronting Black girls in the U.S., while also recognizing their contributions in order to ensure their full participation in society,” said Griffin.

Black girls and women are often left uncredited for their contributions to society, whether it be creatively, academically or in the spirit of activism. They face various disadvantages and lack resources to attain their desirable goals. The BGM Conference will showcase women who have made significant strides in society and allow them to share their insights with others.

“Ultimately our goal is to build a movement that works toward creating an environment in which Black girls can live free of the multiple forms of oppression into which they are born,” said Griffin.

The BGM Conference comes at a time when social justice activism is becoming more prevalent. On the correlation between the BGM and the Black Lives Matter Movement, Griffin said, “We are part of the same historical, political, indeed spiritual moment of renewed activism that is bringing about much needed change to our cities, nation and world.”

The BGM Conference will allow educators, artists, activists, writers and scholars to come together to educate Black girls on social, racial, health and gender issues while celebrating them for their innovations, creativity and brilliance.

“Our hope is that Black girls will be empowered by this conference to see themselves as leaders and to claim ownership of a movement that bears their name,” said Griffin. “That they understand themselves to be what we already know they are—significant cultural producers, community connectors and trendsetters. They are agents of change who will bring a better world into being.”

The conference is free and open to the public, but panels and dance performances will be broadcast via the IRAAS Live Stream. For more information on the BGM Conference, visit http://iraas.columbia.edu/Event/black-girl-movement-conference.