If Black lives matter, Hillary and Bernie should commit to clemency 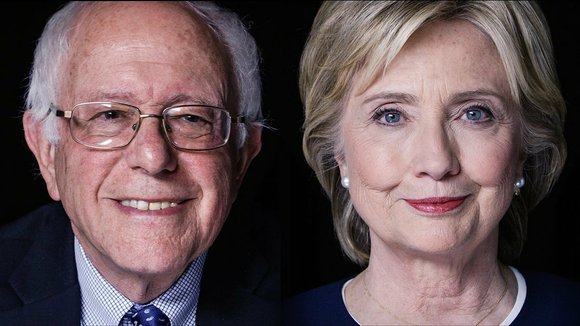 Hillary Clinton and Bernie Sanders have rooted their appeal to Black voters on promises to address the over-incarceration of federal narcotics prisoners. Everyone from the Congressional Black Caucus to the Koch brothers supports this cause. Hillary and Bernie likely will keep hammering this message as they continue campaigning in preparation for the April 19 primary in New York.

Thus far, the candidates’ ideas to counter over-incarceration appear solely to depend on Congressional action, rather than direct executive action. This issue is one in which the stroke of the president’s pen can have an immediate impact. The next president can follow Obama’s blueprint and strategically use the power to pardon—which Congress cannot impede or block—to release currently non-violent, low-risk prisoners serving time for drug offenses.

As part of her plan for criminal justice reform, Clinton, the former secretary of state, supports slashing mandatory minimum sentences in half. Sanders, the independent senator from Vermont, would reinstate parole in the federal system as part of his platform (it was eliminated in 1984). Both are great ideas, but they require Congress to pass legislation, and that could take years to accomplish. Thus, in addition to pursuing legislative reform, both candidates should pledge to vigorously include use of the pardon power granted to the president in the U.S. Constitution from the first month of their presidency, to immediately reduce costly and unnecessary over-incarceration.

What is at stake is important. The president of the United States has the ability through the pardon power to commute federal sentences—granting prisoners release from prison before their full sentences are served. There are no real limits on that power available to the other branches of government. Congress cannot restrict it. Judges cannot reverse the decision. If a president—or a presidential candidate—wants to promise to make a dent in over-incarceration, he or she must have a clear commitment to the robust and consistent use of clemency.

Other presidents have done exactly that. In 1963-64, President Kennedy and Attorney General Robert Kennedy released more than 1 percent of the federal prison population by targeting those subjected to harsh drug laws. Today, that would be approximately 2,000 prisoners. President Ford went even further in 1974. He created a special bi-partisan commission to guide him in applying the pardon power to Vietnam-era draft dodgers and U. S. Army deserters. In just one year, he granted clemency to more than 14,000 people.

President Obama has talked about using clemency broadly. Although more grants are expected this month, to date he has granted only 187 commutations, a tiny fraction of the 9,000 petitions filed pursuant to his initiative that remain outstanding. Indeed, even the most obvious candidates, those who would be out today if sentenced under drug laws and guidelines that have changed since they were sentenced, will likely not have their petitions reviewed and acted on by the end of Obama’s term.

The problem is an unwieldy bureaucratic process that features seven distinct levels of review, each a stumbling block to justice. Much of that process rambles through the Department of Justice itself. Many critics of the process have focused on a conflict of interest some feel is inherent as long as the DOJ is involved. After all, should we really expect wide-ranging mercy from the very department that over-prosecuted people in the first place?

Clinton and Sanders want the public trust. One way to earn that trust would be to deliver on promises that are not contingent on the actions of Congress or others. Clemency is a solid way forward. If the candidates want the trust of communities damaged by over-incarceration, they should commit to using a more efficient process to continue and expand Obama’s initiative to free deserving candidates who were over-sentenced for drug offenses.

In adding clemency to their criminal justice reform toolkits, both candidates would be taking a principled stand, signaling that they are serious about smart strategies and ending the era of mass incarceration. If you see Hillary or Bernie on the campaign trail, ask them to take this stand. Black lives depend on it.

Nkechi Taifa is senior policy analyst at the Open Society Foundations. Mark Osler is the Robert and Marion Short professor at the University of St. Thomas in Minneapolis.