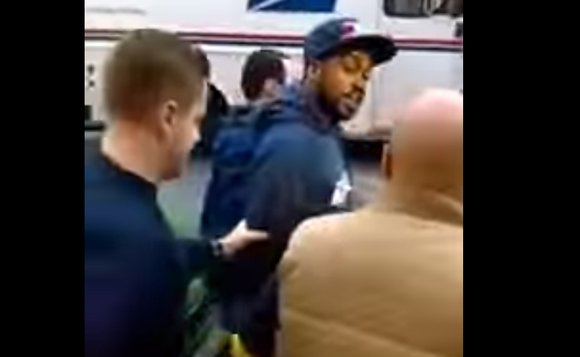 Postal worker Glen Gray being arrested by the NYPD YouTube

Postal worker Glen Grays, 27, was stopped while delivering packages in his postal uniform along President Street near Franklin Avenue in Crown Heights on March 17, around 4 p.m. He had just exited his double-parked postal truck, package in hand, when an unmarked police car nearly sideswiped him. He vocalized their errant driving, causing them to halt.

Bystander’s video shows the four cops after they approached Grays and began forcing him across the street and against a wall. Grays was arrested by the officers leaving his postal truck unattended. He was issued a disorderly conduct summons and released.

“In the interest of justice I asked the Court to dismiss the disorderly conduct charge against Glen Grays, which resulted from his arrest on March 17, 2016. Mr. Grays was working his postal route in Crown Heights when he was arrested and put in handcuffs, following a driving incident involving undercover police officers," Thompson said in a statement.

The four officers involved were removed from their normal assignments and placed on modified duty.