Do you know the Montford Point Marines? 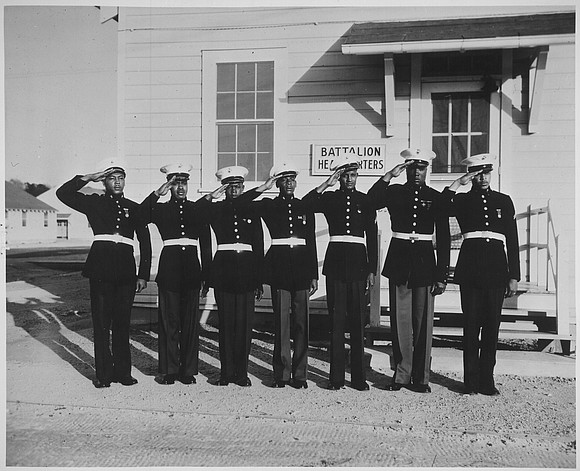 Editors note: This article was originally published on Nov. 7, 2011 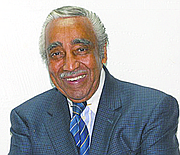 Last week, I had the pleasure of honoring some truly great Americans with the Congressional Gold Medal, the nation's highest civilian honor. These men fought in some of the bloodiest battles of World War II-they were the Montford Point Marines, the first Black marines in the Navy. After 70 years, they have finally received the honor they deserve for a legacy we must not forget to pass on to our future generations.

As a veteran myself in a so-called "Forgotten War" in American history, I know what it's like to come home and feel unrecognized. The Montford Point Marines for too long have been unsung heroes. These men fought abroad to preserve our freedom and democracy, then came home and had to fight for their civil liberties.

One of these heroic men was my great friend, former New York City Mayor David Dinkins. He recounted some obstacles he and his comrades faced in an interview: "Italian and German prisoners of war, some of them were guarded by Black soldiers. They were treated better than those people who were protecting our country; soldiers and Marines."

During training, Black Marines were often kicked and slapped, couldn't eat until the whites had finished and were routinely passed over for promotions. Dinkins said he even heard stories of some Black marines following orders to march into a river where they soon drowned.

Despite their hardships, the Montford Point Marines proved to be a solid force within our military, just as capable as any group of white Marines. Originally organized to serve as a temporary surge in manpower, the Blacks trained at Montford Point comprised roughly 10 percent of the Marine Corps strength during the war and were to be disbanded after hostilities ended. Montford Point Marines won praise from several white officers for their heroism during the seizure of Okinawa and at Iwo Jima. They were even sent to Nagasaki to clean up after the atomic bomb was dropped.

In July of 1948, President Harry S. Truman issued Executive Order No. 9981, ending segregation in the military altogether. In September of the following year, Montford Point was deactivated, ending the legacy of inequality.

Next year, the Marine Corps will officially begin teaching all their servicemen about the Montford Point Marines. There is a museum dedicated to their service located at Camp Gilbert H. Johnson in Jacksonville, N.C. The Montford Point Marines Association continues to work tirelessly to preserve their stories, which serve as a reminder of the struggles behind us and the challenges ahead. In order to truly appreciate their legacy, we must continue sharing this story.