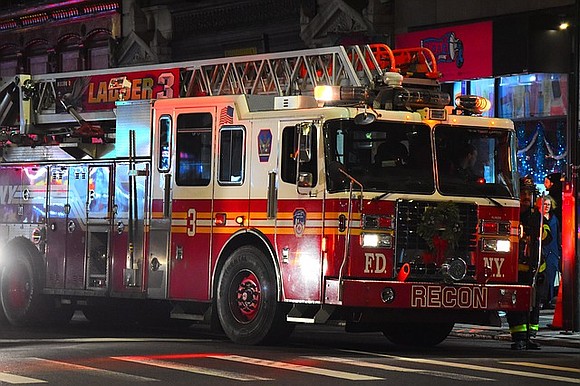 Black civilian employees of the Fire Department of New York are still dealing with discrimination.

This week, at a City Hall news conference, FDNY’s civilian employees announced that they had filed a complaint with the Equal Employment Opportunity Commission. They also announced that a $150 million anti-discrimination class-action lawsuit will be filed against the FDNY and the City of New York in a few weeks.

John Coombs, former president of the Vulcan Society, said that although an anti-discrimination lawsuit two years ago resulted in improvements for uniformed personnel, civilian employees are fighting an uphill battle.

“Since the settlement of the anti-discrimination lawsuit two years ago, some progress has been made within the uniformed force at the FDNY, but civilian employees have seen no improvement in their status [and] are still subject to race and gender discrimination,” said Coombs in a statement. “Civilian employees of color, particularly women, for example, earn about 77 cents per dollar as compared to white male employees, despite their qualification and years of exemplary service.”

According to a complaint filed with the EEOC, many of the Black civilian employees “have not seen professional advancement” in terms of salary increases and promotional opportunities whereas white employees with less qualifications and experience got raises and promotions. The complaint also called for the removal of FDNY’s Chief Diversity and Inclusion Officer Cecilia Loving, FDNY’s Assistant Commissioner for EEO Don Nguyen and the Fire Commissioner Daniel Nigro.

During the City Hall news conference, Frances Dempsey, 62, spoke about her years working as a civilian in the FDNY. Dempsey, one of the employees named in the complaint, talked about her 41 years of service and how she had “been an administrative manager for 15 years.” She explained, “There have been at least three white male managers hired sometime after me in the same civil service title. Even though I have been in that title for a much longer period of time and have received commendations from the Fire Department for my work performance, these three are paid $25,000, $30, 000 and $35,000 a year more than me in the same title.”

“The Fire Department administration under Daniel Nigro has been indifferent and resistant in the face of these facts,” said Smith in a statement. “The culture of racial discrimination in the Fire Department has developed over a 150-year period. Starting with slavery before the Civil War, persisting through the Jim Crow and civil rights eras, including the present day, systemic discriminatory patterns and practices remain and must be challenged.”

“The City just finished settling a lawsuit regarding discrimination against firefighters of color and now here we are again dealing with a similar situation,” said Barron in a statement. “It is well-known that discrimination is systemic, so all persons of good conscience are called upon to help stamp out this social ill, whenever and wherever it rears its ugly head. The struggle may be long, but the victory is certain.”