Portland’s FashionNXT shows on the runway 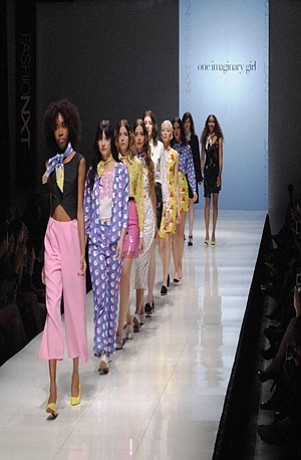 This season, the world’s fashion industries are introducing new designers. It’s sort of like a changing of the guard, and it’s so exciting to witness. Last night, FashioNXT opened their shows by introducing emerging talent from Portland and across the U.S. Sarah Donoforio, a “Project Runway” star, showcased her spring ’17 line that was filed with bright colors and prints.

FashioNXT named Christina Castillo as the first winner of the Accessories Competition for her handbag. The prize for Best Jewelry went to Abeja Design by Tiffani Wetherbee. The winner of the UpNXT Emerging Designers Accelerator went to MOORE by Andrea Jenkins. MOORE stood out with a versatile collection that has a reversible look that turned from streetwear to a cocktail party style.

The winner of UpNXT received a prize package including a runway show for 2017 FashioNXT with a $500 prize to buy fabric for the next collection, business classes provided by Mercy Corps NW and Portland sewing institute, boutique accounts and a trunk show at two prominent local boutiques.

Back in New York, Style Fashion Week concluded with three new designers. The first show starred designer Orlano Dugi, who presented a sophisticated collection of graceful womenswear. Inspired by his Native American heritage, his clothes were also enhanced by ornamental ensembles from Patricia Michael’s PM Waterlily collection. Guests were fascinated by each new piece that flowed down the runway. One after another, the looks were riveting.

The second show was all about two children’s wear designers, Janay Deann and Ydamys Simo. As Deann’s bold formal couture designs took over the runway, Simo’s designs were a sharp contrast, bringing a more playful mood to the venue. The ornate, handcrafted play wear was vibrant, and the young models were fun to watch.

The final show of the evening incorporated an interesting mix of distinctive styles. The Hammerstein Ballroom was packed. Japanese designer Akiyo Hirakubo of Bradelis New York opened the segment with a sultry yet ethereal lingerie line. Danny Nguyen’s ready-to-wear spring/summer ’17 collection took the runway next. They show a range of all-white and gold designs. Shapely silhouettes were elegant. Adrian Alicea put on a performance to remember from start to finish. His World Domination line featured racy and seductive lingerie, underwear for men and women’s dresses.