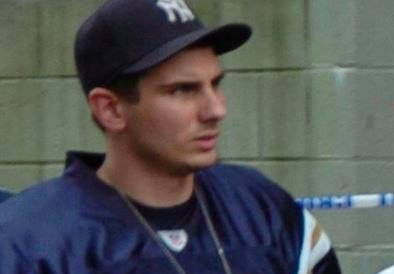 At a news conference held at City Hall Tuesday, Sept. 6, 2016, activists announced that city officials, along with Eric Garner’s mother, Gwen Carr, and community organizations filed a legal action supporting the release of a summary misconduct record of NYPD officer Daniel Pantaleo, the officer who held Eric Garner in a fatal and prohibited chokehold in July 2014.

The NYPD’s recent decision to conceal the officers’ disciplinary actions after years of public access has sparked community organizations, Manhattan Borough President Gale Brewer and Carr to protest the city’s decision to appeal the release of NYPD officers’ misconduct records based on state law.

In July 2015, New York State Supreme Court Judge Alice Schlesinger ordered the release of a summary of misconduct findings against Pantaleo. Critics charge that Mayor Bill de Blasio’s administration and the NYPD’s heavy insistence on blaming the decision on section 50-a of the state’s civil rights law, which protects officers’ records of misconduct from public access without judicial approval, stands in direct contradiction to Schlesinger’s ruling.

“It’s a total double standard—as soon as our children are killed by the police, they release their records to criminalize them, but we don’t get any information on the officers who murder them,” said Carr. “De Blasio should be ashamed of himself for trying to appeal the court’s decision. Where’s his backbone? He’s supposed to be for all people and instead he’s trying to conceal the malicious things the police are doing to our children.”

Communities United for Police Reform filed a brief signed by more than 30 groups and organizations that argues the de Blasio administration has taken an exceedingly broad interpretation of section 50-a, contrary to its intent and past interpretation.

“It’s disappointing that the de Blasio administration continues to take steps backward on police accountability and transparency, a pattern inconsistent with the public interest of New Yorkers and our communities,” said Monifa Bandele, a representative for Communities United for Police Reform. “The de Blasio administration is using the excuse of state law—with a novel interpretation—to shield more information on NYPD misconduct than the last two administrations of Bloomberg and Giuliani, notorious for ignoring and covering up police misconduct. Even when a state judge rejects its application of the law, this administration is using city taxpayer dollars to continue fighting to hide incidents of misconduct that may reveal the city could have prevented the subsequent misconduct by the officer who took the life of Eric Garner. Shame on Mayor de Blasio and our city.”

“We face a climate in which communities around the country—especially communities of color—are traumatized by the rampant physical, political and economic violence against them by government actors,” stated the Black, Latino and Asian Caucus. “That damage is exacerbated when the state fails to enact justice in cases like Garner’s, and even more so when investigations and disciplinary processes are shrouded in secrecy. We believe government should be transparent. To that end, we join reform advocates, fellow government officials and legal advocates in calling for the disclosure of these critical records, to which the public has an absolute right. Reducing the mystery surrounding these records sends a message that we as a city will not betray New Yorkers by protecting the bad actors who demonstrate inability or unwillingness to serve and protect us all.”

Brewer stated in a press release “Our laws strike a balance between transparency for what should be public, and privacy when there’s a good reason for it. But there’s no good reason for the number of substantiated allegations against officer Pantaleo to be kept secret. If we’re to understand what happened and prevent more tragedies, we need to know the facts of this one. I urge the court to enforce the Freedom of Information Law.”

“The courts have ruled,” said Council Member Corey Johnson. “Now it’s time to see these records so we can bring transparency and accountability to this crucial investigation. Our goal must be to move forward in an educated, fully informed manner so that we can stop tragedies like the death of Eric Garner from repeating themselves,”

Donna Lieberman, executive director of the New York Civil Liberties Union, said, “An administration that came in promising police reform shouldn’t be getting creative with the law in order to keep the public in the dark about NYPD discipline and whether bad cops operate with impunity. Given the growing national focus on police abuse and accountability, the city should be opening the NYPD to the community, not walling it off.”

New York State already has one of the strictest secrecy laws in the country pertaining to police officers’ disciplinary records. The de Blasio administration’s decision to interpret the law even more broadly than its intent hurts transparency and accountability. New Yorkers don’t have a transparent mechanism to systemically evaluate whether police disciplinary systems are working, stagnating, deteriorating or improving because of increasing efforts to conceal access. The city’s efforts to oppose even the release of summaries of substantiated police misconduct records from an independent agency, in disagreement with state judicial rulings, only further impedes such efforts. It effectively deprives New Yorkers of knowing about the City’s role in failing to address systemic flaws that could have flagged Daniel Pantaleo’s prior misconduct and prevented the killing of Eric Garner.

“The Legal Aid Society proudly stands today with the community organizations, local politicians and national press organizations to demand that the CCRB, the oversight agency for the NYPD, discloses a summary of substantiated misconduct for officer Pantaleo, who killed our client Eric Garner,” said Tina Luongo, Attorney-in-Chief of the Criminal Practice at Legal Aid Society. “The law the city relies on, Civil Rights Law 50-a indeed allows for more secrecy by the police department than any other law in the country and is in need of reform. Even 50-a, however, does not allow the NYPD or the CCRB to completely hide summaries of misconduct histories.”

Council Member Donovan Richards, co-chair of the Progressive Caucus stated, “In order to truly repair police-community relations, it is going to be absolutely necessary that New Yorkers see evidence of officers being held accountable for acts of police brutality. While portions of an NYPD officer’s personal records should remain private, their disciplinary record must be made public to ensure that we can build up that trust again, or else we will never find that harmony that we so desperately need in our city.”