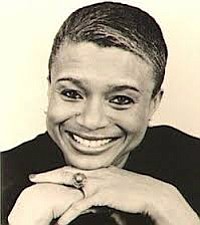 Ed Temple, the famed head coach of women’s track at Tennessee State University, died last Thursday. He was 89. During his long tenure, coaching and mentoring his “Tigerbelles,” as the women were called, many of them became Olympic greats, including the indomitable Wilma Rudolph. Among them, too, was Willye B. White, who was only 16 when she competed in the 1956 Melbourne Olympic Games and became the first American woman to ever medal in the long jump. She earned a silver medal.

White was born Dec. 31, 1939, in Money, Miss., the town where Emmett Till was lynched in 1955. Raised by her grandparents, she was 10 when she discovered her talent for running and jumping. “I started chopping cotton when I was 10,” she told Sports Illustrated in 1975. “You could chop for a whole week and never finish a row. I got paid $2.50 a day for 12 hours. The only way I could get any recognition was through sports. Sports gave me an escape. It kept me off the street.”

In 1959, she graduated from Broad Street High School in Greenwood, Miss. It was while a student at the school that she set a long jump record that stood for 16 years.

As a student at Tennessee State, she came under Temple’s tutelage and perfected her long jump technique. She said she chose the long jump because there were very few sprinters interested in the event. But after six months under Temple’s rigid discipline, she left. “Coach Temple wanted to control every aspect of your life, and I was too much of a free spirit for that,” she explained. In 1960, four years after competing in Melbourne, she moved to Chicago.

Even as she continued to compete in track—her career ended after an injury in 1976—she attended Chicago State University, earning a degree in public health administration. As early as 1963, she had begun working as a nurse, first at Chicago’s Cook County Hospital and later at the Greenwood Medical Center. In 1965, she became a public health administrator at the Chicago Health Department. “Athletics was my flight to freedom: freedom from prejudice, freedom from illiteracy, freedom from bias,” she told a reporter from Runners World in 1993. “It was my acceptance in the world.”

Three years after ending her career as a participant in track, she represented track and field on the U.S. Olympic Committee. She also served as a coach at the 1981 World Cup Track and Field Championship Games in Brussels and Rome, and as head coach for the 1994 Olympic Sports Festival.

These activities and commitment occurred while she ran the Willye White Foundation that assisted children in developing self-esteem and becoming productive citizens through such initiatives as the Robert Taylor Girls Athletic Program. “This program taught sports and teamwork to children living in the nation’s largest housing project (which has been demolished), a summer day camp and health care in the form of immunizations and dental and medical checkups,” according to an article in The New York Times.

Among her many awards was the UNESCO Pierre de Courbetin International Fair Play Trophy; she was the first American to be so honored. White was inducted into 11 sports halls of fame, including those of the National Association of Sport and Physical Education, Black Sports and Women Sports Foundation and the National Track and Field Hall of Fame. In 1999, Sports Illustrated chose her as one of the 100 greatest athletes of the century. Ebony magazine, in 2002, cited her as one of the 10 greatest Black female athletes.

White was less successful in running for elective office. In 1989, she was one of four candidates seeking three vice-presidential openings on the United States Olympic Committee but came up short. George Steinbrenner, the principal owner of the Yankees, was among the elected candidates. In 2003, she ran for the Chicago City Council and lost.