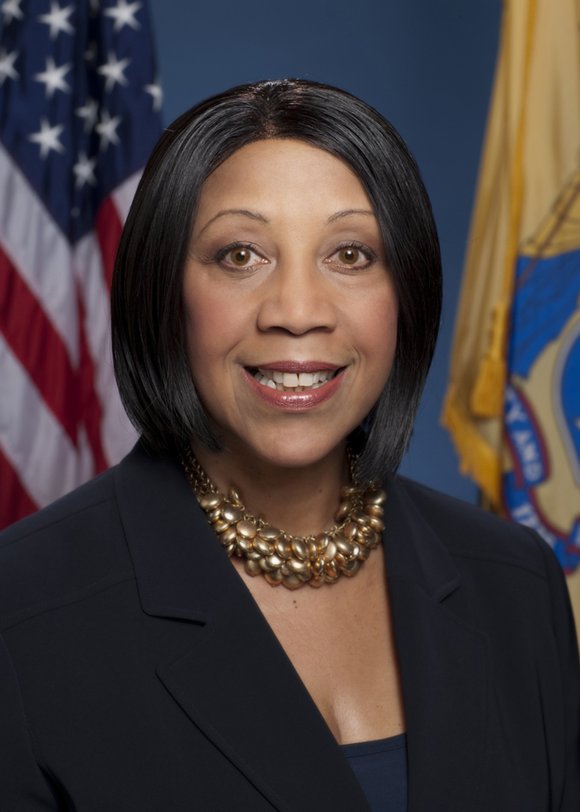 Christie and Oliver at odds, again

“We have been proud supporters of Phil Murphy since he first announced his campaign for Governor—and today we are honored to stand with him at the announcement of his running mate Sheila Oliver,” said Hall and Walsh in a statement. “Sheila has been a tenacious force for workers across the state and a friend to our members—we are certain she will continue to be a leading voice for creating good union jobs across the state as lieutenant governor. She has and will continue to have our backs in contract negotiations and in organizing campaigns—and we have her back through Election Day.”

During a news conference announcing his pick, Murphy said he wanted New Jersey to turn away from the Chris Christie regime as soon as possible.

“Our state is in crisis, our economy is broken, our people have lost faith, Chris Christie and Kim Guadagno have lost touch,” Murphy said. “It is time for a governor and lieutenant governor who have your back, and we will.”

“I’m excited to be part of the Phil Murphy team that will focus on problem-solving, not name calling,” said Oliver during a news conference while criticizing the current governor.

With Murphy picking Oliver, he gets the political experience that he personally lacks as he spent a chunk of his private career as a Wall Street executive.

Murphy is running against Guadagno in the gubernatorial race. Her representative put out a statement saying Murphy’s running mate pick doesn’t change what he’s about.

“Nominating Sheila Oliver won’t hide the fact that Phil Murphy is an out-of-touch millionaire from Goldman Sachs who made millions in the lead up to the financial crisis that caused tens of thousands of New Jerseyans to lose their homes,” read the representative’s statement. “And by selecting Sheila Oliver, it’s clear Phil Murphy has no plans to pull back on his plans to increase spending by $75 billion if elected and raise business, income, sales, property and death taxes to pay for it.”