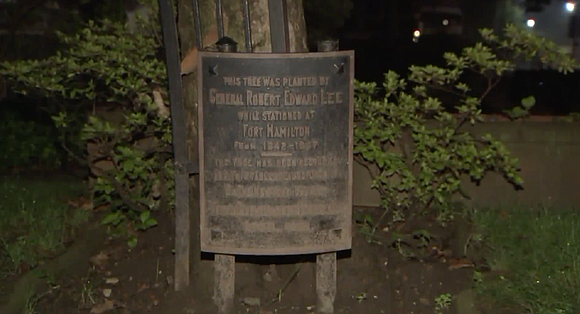 Bishop Lawrence Provenzano, leader of the Episcopal Diocese of Long Island said the plaques outside St. John’s Episcopal Church would be removed Wednesday.

The United Daughters of the Confederacy markers commemorate the spot where Lee is said to have planted a tree while serving in the U.S. Army at Fort Hamilton in New York in the 1840s. Two decades later, he became commander of the Confederate Army of Northern Virginia.