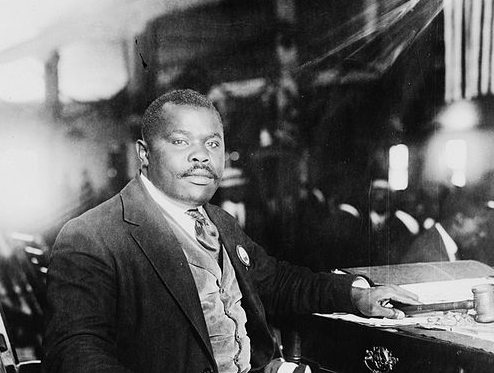 The immeasurable legacy of Pan-African forefather Marcus Mosiah Garvey will be commemorated this Thursday, the 130th anniversary of his birth in St. Ann’s Bay, Jamaica, with a host of activities throughout the metropolitan area. The 76th annual Marcus Garvey Black Power Parade leaves from the very same park in Central Harlem that bears his name, on the corner of 124th Street and Mt. Morris Park West (near Fifth Avenue), at 6 p.m..

“We are going to emancipate ourselves from mental slavery because whilst others might free the body, none but ourselves can free the mind. Mind is your only ruler, sovereign. The man who is not able to develop and use his mind is bound to be the slave of the other man who uses his mind.”—Marcus Garvey.

During the early half of the 1900s, Garvey’s United Negro Improvement Association sought to instill great levels of pride and self-esteem in Africans throughout the Diaspora.

During a time when there was no Internet or television, and print and radio were the primary media, he utilized a simple newspaper, The Negro World, to help undo the psychological damage caused by centuries of mental colonialism in the Western Hemisphere.

He amassed a loyal readership of approximately half-a-million weekly by printing the newspaper in several different languages, and promoting positive messages for Africans.

“The Black skin is not a badge of shame, but rather a glorious symbol of national greatness. If we as a people realized the greatness from which we came we would be less likely to disrespect ourselves.”—Marcus Garvey

His advocacy for Black Nationalism planted the seeds for such self-empowering movements as Garveyism, the Rastafari way-of-life and the Nation of Islam, just to mention a few.

“Take advantage of every opportunity; where there is none, make it for yourself,”—Marcus Garvey

After Garvey’s June 10, 1940 transition onto the ancestral realm, his lieutenant, Carlos A. Cooks and his African Nationalist Pioneer Movement established the annual Marcus Garvey Black Power Parade, which treks through Central Harlem, in Garvey’s honor. It is one of the oldest traditions honoring an African ancestor in the Western Hemisphere.

“The pre-parade and after-parade events will begin at 12:30 p.m. and continue until 10 p.m. at the Community Garden at the Adam Clayton Powell Jr. State Office Building,” said Sister Yaa-Asante Waa, the first female administrator of the ANPM.

“I trust that you will so live today as to realize that you are masters of your own destiny, masters of your fate. If there is anything you want in this world, it is for you to strike out with confidence and faith in self and reach for it.”—Marcus Garvey