Sharon going for a ‘Full-Nelson’ for women in politics 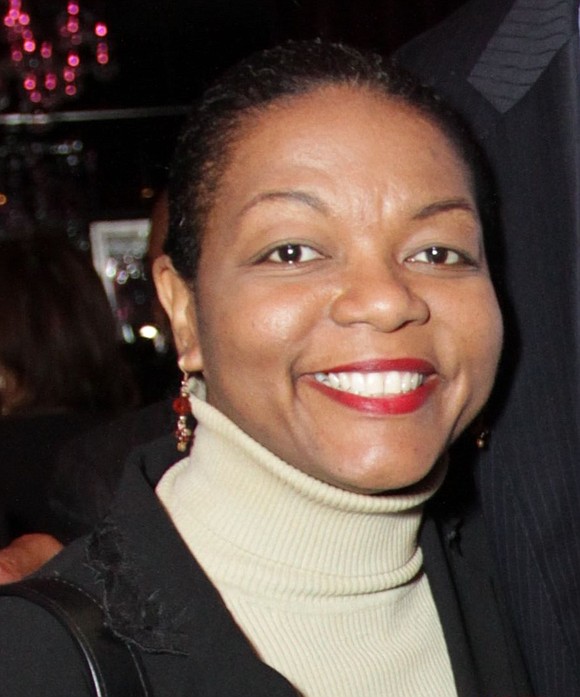 Although there’s always been a need for more women to be in elected office, Hillary Clinton’s 2016 presidential run made that call even louder.

The mission of the NWPC is to identify, recruit, train and support progressive women by hosting training seminars and taking action to improve the status of women.

Nelson helped revitalize the New York chapter in an effort to get more women to run for executive political positions. Growing up in Brooklyn, she wasn’t always involved in politics and began her career in public relations, studying the field at Syracuse University.

It was her work with the U.S. Census in 1990 doing public relations that she was turned on to politics, working with then-New York City Mayor David Dinkins during Nelson Mandela’s famous visit to the city.

“Working with the census was really a steppingstone,” she said. “I worked with the Mandela tour and worked with the NYPD and Secret Service in terms of all of Mandela’s movements during his visit. I was on the team that decided how and where he would enter and exit venues.”

While working on Mandela’s visit, Nelson was able to meet and establish relationships with union leaders, police officials, Secret Service agents and government figures from the city and abroad.

Shortly after she was offered a position in Dinkins administration in his scheduling division. Nelson eventually became director of scheduling for the mayor.

After Dinkins lost his re-election bid, Nelson remained in government, working as director of the city’s summer jobs program from youth and the New York City Partnership, where she worked for three seasons.

Staying in government, Nelson worked on Freddie Ferrer’s campaign for Bronx Borough president. Taking a leave from government, she worked in marketing development for the Dance Theater of Harlem and Bronx-Lebanon Hospital Center before briefly having her own consulting firm.

In 2014, Nelson was asked to re-establish the NWPC-NYC, which had been defunct. She was recognized by the national president of the NWPC while she was receiving an award and was asked to start the chapter up again.

“Part of the process is the way we organized it 2015 was to see what kind of interest we had,” Nelson said. “The caucus knew in 2014 that in 2016 there was going to be women running for the presidency, and they wanted to make sure they had a New York City chapter up and running.”

In February 2015, 31 women signed up to become members. Currently the NWPC-NYC has monthly meetings that host guest speakers from all spectrums of government.

Feb. 25, the NWPC-NYC is hosting its Power Brunch Series, where women running for office will have a platform to talk about their message and their commitment to the community.

“The great thing about this is that candidates usually only talk to people at fundraisers and house parties,” Nelson said. “At this event, candidates can talk about what they are doing so people can become familiar with them. If they like what they are hearing, they can donate to the women. One of the reason people lose elections is because of a lack of resources.”

NWPC-NYC is currently taking applicants for its 2017 Candidate Training Class for women seeking to learn more about running for public office. The class will take place at The Murphy Institute at The CUNY School of Professional Studies over 10 Saturdays from Feb. 25 through May 20 from 10 a.m. to 1 p.m. The deadline to apply is Feb. 11. Email sharon@nwpcny.org to apply and for more information.

Go to www.nwpcny.org for more information and events and programs by the NWPC-NYC.