Imam Talib: Put on the whole armor of God 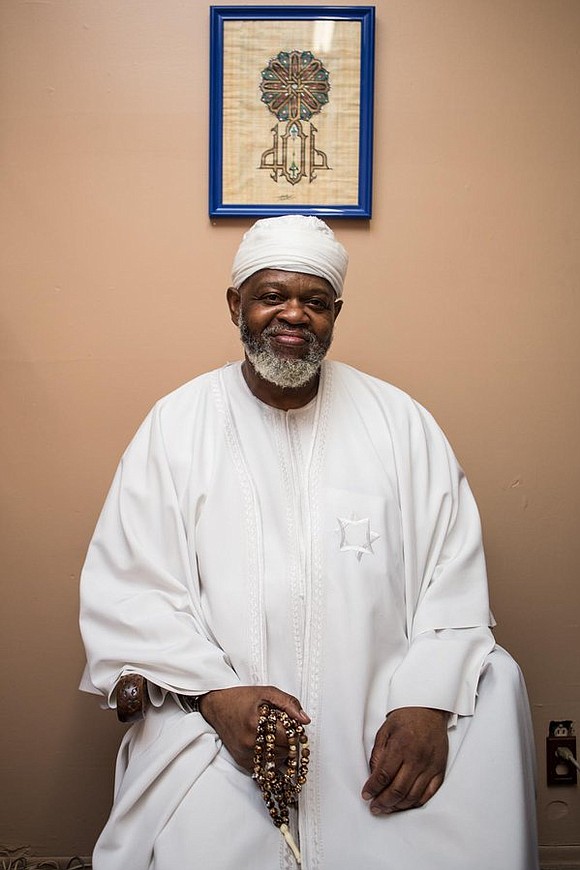 Imam Al-Hajj Talib Abdur-Rashid, 66, is the imam of the Harlem-based Mosque of Islamic Brotherhood, Inc. According to his biography, before being elected to his present position in 1989, he served as the assistant imam of the MIB—which is considered the lineal descendant of the Muslim Mosque, Inc., founded by the late Minister Malcolm X (El-Hajj Malik El-Shabazz)—from 1975 to 1988.

He told the AmNews, “I grew up in the South Bronx. My family moved there in 1959 from Greensboro, N.C. My late mother told me that at the age of 8 years old, I informed her that I wanted to become a Lutheran and she agreed with my choice, even though we were traditionally Baptist. The imam became a teenage Sunday school teacher at the age of 16 and pursued his curiosity concerning religions until his freshman year at Syracuse University.”

He admits that he studied all Christian beliefs and even read up on Buddhism, but did not learn about Islam until the age of 17, when he read the “Autobiography of Malcolm X.” At the age of 20, he read a little paper-bound book entitled, “The Elementary Teachings of Islam.” Imam Talib remembers attending a dinner given by some Muslim students in 1969, which re-kindled his interest in Islam.

Ironically, the imam was majoring in theater, with a particular interest in Black theater. “One day a brother comes up to me and hands me a script from the play The Trial, which caused me to read all I could find on the Nation of Islam, to become familiar with the character that had left the N.O.I” he said.

He continued, “Shortly after that, I met some African-American brothers from the MIB, who invited me out to the Jum’mah Prayer Service in April 1971. I have been a Muslim since then.”

Imam Talib, according to his biography, has given sermons and lectures in mosques, churches and synagogues throughout New York City and beyond. He was a presenter at the Parliament of World Religions in Chicago. in 1993 and in Capetown, South Africa in 1999. After the bombing of the World Trade Center on Sept. 11, 2001, Imam Talib became known as a “spiritual first responder,” speaking to the moral implications of the tragedy. An audio book was created from his narrative of 9-11 entitled, “Restoring Faith: America’s Religious Leaders Respond to Terror With Hope.” He was chosen as the American Muslim speaker to give a keynote address at the International Conference on Religious Pluralism in Democratic Societies in Kuala Lampur, Malaysia in 2002.

“The history of Islam in the West rests on the back of Black folks fighting against white supremacy,” said the imam. “We are living in the time of the prophetic manifestation of the ‘chickens coming home to roost’; the liberating affect centered on freedom, justice and equality in opposition to their global plan of white domination. There is a group of people here blowing up Black churches, and bombed the building in Oklahoma; that is the real implacable enemy.