Black women are the backbone … and the kryptonite 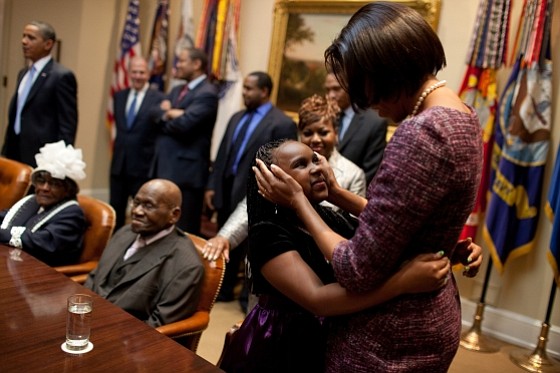 I recently read an article by my colleague Jason Johnson, in which he stated that Black women are like kryptonite to the Republican Party. Essentially, Black women remain the one group who steadfastly reject all of the bile the Republican Party attempts to sell the American public. It is also quite well-known that Black women were the 94 percent in the past 2016 election, in that 94 percent—the highest percentage of any racial, ethnic or gender group—voted for the Democratic nominee. Others were persuaded by the siren song of DJT. Black women were not. Thus it begs the question, if Black women are the backbone and most loyal supporters of the Democratic Party, why does party leadership insist upon chasing the white working class voter?

The widespread neglect of Black women from party leadership, stemming from Democratic National Committee Chair Tom Perez downward, is indicative of a much larger cancer within the entire party. Imagine a certain demographic at your job has always supported you, at rates that were higher than any other group you’d ever witnessed. Imagine now that you have been elevated to a position of power. Would you ignore the group that supported you and enabled you to achieve your promotion? Or would you continue to chase the folks at the water cooler who clearly refuse to give you the time of day?

Essentially, I have just described the Democratic Party strategy. They insist on chasing the white working class voter, a demographic they have not captured for decades, and a demographic that has made it abundantly clear that they will vote against their own interests to protect their perceived elevated racial status of whiteness—something they have been doing for decades if not generations. I say perceived, because this particular demographic will be disproportionately adversely affected by the Draconian policies of the current administration. As an aside, for a more in-depth analysis of this phenomenon, please read Jesse Jackson’s 1969 interview with Playboy Magazine, in which he brilliantly lays bare the necessity of poor whites to buy into a false notion of racial superiority as they sacrifice their own economic interests.

Unfortunately, the American system rests largely within the two-party system. Although the party system is not laid out in the Constitution, and neither is a mandate for two parties, somehow the larger American public has come to rely on these two parties as the only political options when going to the polls. Therefore, if we are to work within the current system, it is imperative that the Democratic Party recognize its most loyal and diligent voters, Black women. Right now, Black female voters may have no other party to join, but we are all well aware, “When a woman’s fed up, there ain’t nothing you can do about it.” Hopefully Democrats won’t come to experience this very real reality.