What happened when Flatbush said no? 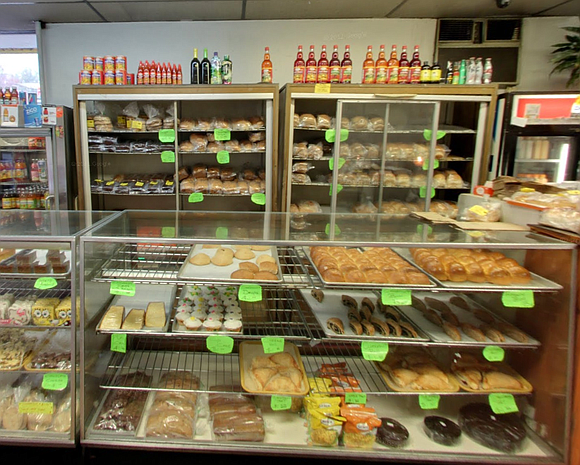 With the help of the grassroots organization Equality for Flatbush, Errol’s Caribbean Bakery in Brooklyn has recently accomplished what many small businesses have been struggling to do in the rapidly gentrifying borough: secure a new, affordable lease.

It’s a surprise ending to a three-month battle between the bakery owners, Dorothy and Errol Miller, and their landlord, Rothstein Management.

Months before their annual lease was set to expire last summer, they simply contacted the landlord to renew. It’s the same procedure that they’ve been doing since they opened the doors to the bakery 15 years ago.

After many unsuccessful attempts to meet with the landlord, it became clear that something had changed. Dorothy Miller said that she believed that the owners of Rothstein Management felt they could get more money from other occupants.

“That’s what I find so insulting,” Miller said, as she explained that the landlord didn’t even offer them an opportunity to agree or disagree to a rent increase.

The change in attitude came without warning, but at one point it seemed as if there would be some reconciliation on the matter when the landlord finally agreed to meet with them. While waiting outside of the office at the scheduled time, Miller said that they called the landlord to let him know that she and her husband were outside. But he wouldn’t pick up.

“My husband called another number that he had for [Rothstein Management] and that’s when he answered the phone,” she said.

The landlord told them that he had an emergency and had to leave the office quickly.

“That’s when we knew something was going on, because if we’re right there, why wouldn’t he talk to us,” she said.

Shortly after that incident, the Millers received a summons to go to court. In the courtroom, it was clear that “he just wanted us out,” Miller said. And suddenly the fight to keep 661 Flatbush Ave. as the beloved place to get patties and jerk chicken became a community effort.

Imani Henry, a founder of Equality for Flatbush, learned from other neighborhood organizers about what was happening to the Millers. Plans for petitions and protests got underway. It was very clear to everyone involved that saving Errol’s would take a community effort.

That community, it turned out, reached farther than Flatbush—Brooklyn’s hub of Caribbean immigrants and culture. Signatures, which totaled 1,500 names, also came from Europe and Trinidad.

“One of the strategies is that we mailed [petitions] into the landlord every single week,” Henry said.

Soon the hashtag #SaveErrolsBakery and an online petition called, “Rothstein Management: DO THE RIGHT THING!” were on the internet.

With a simple Google search, Henry said that “whenever the landlord’s name would come up, there was some accountability to the community.”

Henry, who used to live above the bakery when he first moved to Brooklyn, said that Equality for Flatbush remained hopeful and optimistic throughout the campaign to save the bakery. He’s adamant, though, that the organization is just a small part of it. The real story here is how people came together to stand up and say, “No.”

Businesses that have been pillars of Flatbush have steadily slipped into the current of gentrification as new, white residents move in. With the influx of these new residents has come renewed interest from investors. Miller said that she’s seen a lot of small businesses like theirs get forced out because the owners couldn’t afford the hiked-up rent.

“It means everything to our family to stay here,” she said. “For us to pick up and go to a new location would be like starting all over again. That’s 15 years that we’ve put right there.”

The victory doesn’t have to be an exception. It is possible, Miller said, for other family-owned businesses to fight back and win.

“Don’t give up and reach out for help,” is her advice. She added, “There are people out there who will help you.”

For more information on Equality for Flatbush, please visit http://equalityforflatbush.tumblr.com.