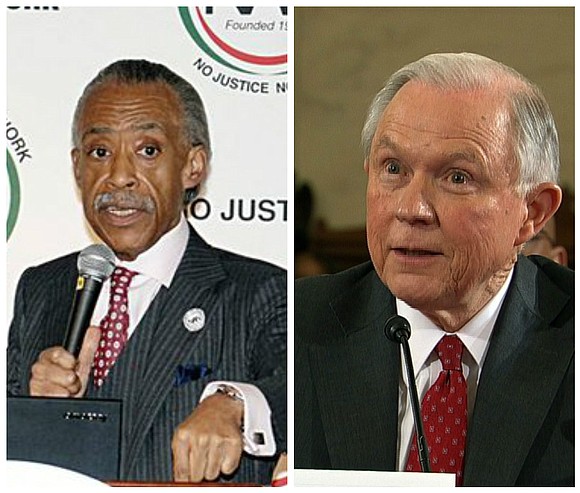 Rev. Al Sharpton and Attorney General Jeff Sessions met on Tuesday along with other leading civil rights leaders to discuss a wide range of issues.

Sharpton and Sessions spoke about the lack of outrage from the Attorney General’s office around the current hate crimes against various citizens. According to Sharpton: “We were not hostile, but we showed holy indignation.”

Among other issues discussed were the DOJ and the Voter ID law currently in the courts in Texas. Last week, the DOJ announced it will withdraw from the position that Texas lawmakers purposefully discriminated against voters of color by passing the nation’s strictest voter identification law in 2011. The laws were found to be discriminatory in the previous administration under President Barack Obama and Attorney General Loretta Lynch.

Sharpton and the National Action Network also discussed criminal justice reform and specific issues that are before Congress, including the federal indictment of the policeman that killed Walter Scott and the status of the investigation of the Eric Garner chokehold case.