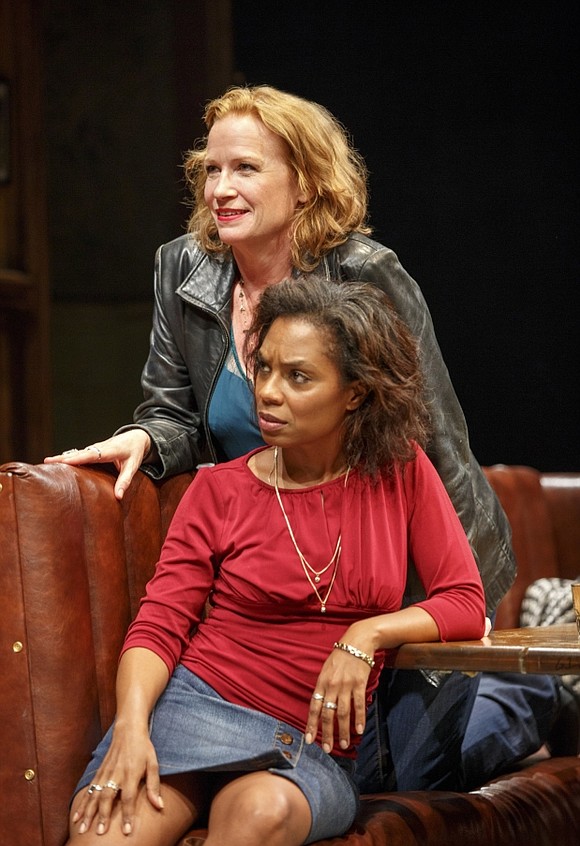 I recently saw “Sweat” on Broadway, written by the Pulitzer Prize-winning playwright Lynn Nottage. Her poignant play follows a small factory town in Pennsylvania during the 2000 election season. This epic work is filled with so many nuanced conversations pertaining to race, class and gender, it was difficult to digest in the aftermath of the 2016 election. As we see working-class Americans struggle to hold on to the only livelihood they have ever known—the growing immigrant class slowly “intruding” on their lifestyle—and confronting whether the American dream has turned into a waking nightmare for people who have given more than 20 years to a company willing to pay cheap labor and even close its doors in the faces of loyal workers who have stood on their feet for generations.

Nottage has a keen eye for female relationships, something that is sorely missing in both Broadway and off-Broadway dramas. She carefully articulates the complexities of racial dynamics and motherhood within these friendships, as well as increasing power dynamics of management versus workers. She draws the audience into a series of heartbreaking conversations among women, one Black and two white. What happens when your Black best friend becomes your boss? What happens when you have deferred your dreams and aspirations for so long they become a mere mantra you repeat to yourself when you are at the bottom of a bottle of liquor? Most playwrights focus on the tensions between male characters. It was so refreshing to see women of a mature age having honest, hurtful and sometimes painful conversations about the loss of their friendship in the shadow of global forces that put everyone in a sinking ship. However, Nottage threads a fine needle defining how these workers may be in the same sinking industry and how they will ultimately deal with loss on micro and macro levels.

As racial tensions rise throughout the play, I wondered how this play would be received if Clinton had won the presidency. American factories have been steadily closing for decades, under both the Bush and the Obama presidencies. NAFTA and CAFTA have become almost permanent realities for American workers as they see their unions starved into nonexistence and their once secure jobs shipped overseas. Would a Clinton presidency have changed much of the circumstances many workers still face?

The desperation of Nottage’s characters is palpable. However, so is their humanity, as are their genuine individual and collective struggles.

Nottage overwhelming deserves her Pulitzer for this play, as well as the Tony nominations that have just been announced. Please show your support for a Black female playwright on Broadway, still a rare accomplishment. “Sweat” is currently showing at the Studio 54 Theater until Oct. 29, 2017. Do not miss this important conversation about the future of the American worker, race, gender, class and so much more. For more information, visit www.broadway.com/shows/sweat.

Christina Greer, Ph.D., is an associate professor at Fordham University, the author of “Black Ethnics: Race, Immigration, and the Pursuit of the American Dream” and the host of “The Aftermath” on Ozy.com. You can find her on Twitter @Dr_CMGreer.