US in Niger: They call it AFRICOM 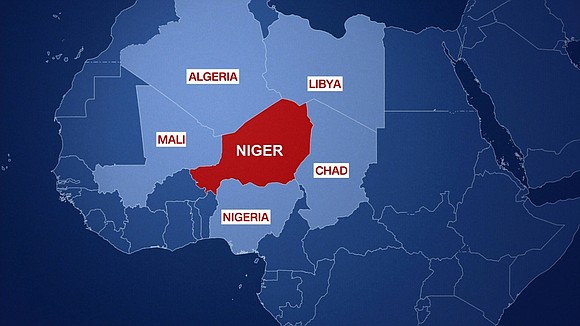 When the public learned that four U.S. Green Berets had been killed in Niger, a landlocked West African nation—five Nigerien soldiers were also killed—the official military line was the troops were stationed there to conduct “advise and assist” missions.

Some observers say the U.S. states that its presence in Niger is to train Nigerien troops, and deploying surveillance drone missions to fight against Islamic terrorist groups. One hundred Green Berets from the 10th Special Forces deployed to Niger in March 2013, and according to officials, that number stands now at 800.

However, the real elephant in the room goes by the name AFRICOM or U.S. Africa Command, headquartered in Stuttgart, Germany. “Niger is strategic in that it not only has oil and uranium but it is useful for the U.S.’s ability to gain military control in the region,” states Emira Woods of the International Working Group, Africans Rising for Justice, Peace & Dignity.

Woods says that after 10 years, heads of state in Africa still resist efforts to locate AFRICOM on the continent, but the U.S. Congress has dropped the ball concerning their oversight responsibilities. Newsweek reported Oct. 23 that “top” members of Congress were claiming they had no idea the U.S. military had a presence in Niger. “AFRICOM continues to stay under the radar screen,” Woods said.

In 2012, Dr. Horace Campbell, a noted international and justice scholar and professor of African-American Studies and Political Science at Syracuse University wrote in Pambazuka News, “AFRICOM is not what the people of Africa need to achieve long-term stability on the continent.”

Campbell issued an earlier warning in 2011 that “there is enough evidence that the U.S. Africa Command has increased resource exploitation and imperial expansion, instigated more violence, intensified regional conflicts and undermined the authority of regional organizations and the African Union.”

However, the Pentagon is calling the U.S.-Niger military cooperation “a very good success story.”

“Of course they would say that,” states Woods. “The issue is that the U.S. is militarizing the region—using drones—so that these multinational wealthy white men can make a ton of money off African resources.”

The nonprofit website Common Dreams reprinted story from the website TomDispatch in April, after a blogger obtained “secret documents” via the Freedom of Information Act, in which the U.S. listed 36 outposts in 24 African nations. Today, according to TomDispatch, there are 46 such sites.

OpEdNews reported Oct. 29 that according to the London-based Guardian, U.S. forces are already deployed all across Africa by the thousands: “Around 6,000 troops are on the continent, conducting 3,500 exercises, programs and engagements each year—almost 10 missions each day—from Cameroon to Somalia, Djibouti to Libya.”

The Republic of Niger gained independence from France in 1960. Niger’s economy centers on subsistence crops, livestock and some of the world’s largest uranium deposits. The U.N. ranks Niger as the least developed nation in the world because of food insecurity, lack of industry, high population growth and a weak educational sector.

The population of the predominantly Muslim nation is 21,751,763, according to the U.N.