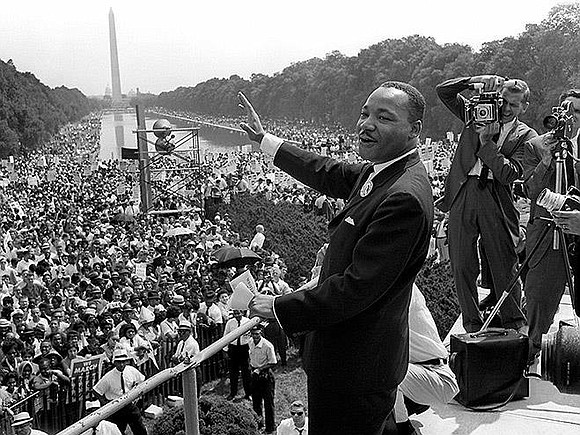 April 4, 2018, marked the 50 years since the assassination of Dr. King, who we must remember was a victim of gun violence. King’s life was ended too soon while he was at the Lorraine Motel in Memphis, Tenn., standing on the balcony outside his second-story room. King was in town to help organize sanitation workers in his larger fight for racial and economic equality and was murdered before he ever saw his 40th birthday. Let that sink in.

As we continue to reflect on the legacy of King, I ask that we move beyond his famous (and worthy of praise) “I Have a Dream” speech delivered at the March on Washington for Jobs and Freedom. Unfortunately, soundbites of his famous speech have become so common, many do not know the extent of his intellect, his political sophistication and the depth in his writing. Many forget that famous march was for jobs and freedom. King and his organizers wanted to move the conversation beyond racial inequity to a larger framework of economic justice. We must never forget that his quest reached far beyond racial demands—he fought for the fullness of man’s potential and incorporation. King was keenly aware of the “interrelatedness of all communities and states” as he so eloquently wrote in his “Letter from a Birmingham Jail” April 16, 1963, almost exactly one year before he was assassinated.

King’s understanding of racial injustice as economic injustice disturbed his critics and foes in confounding ways. It is one thing to declare “I am a man,” it is another fight entirely to suggest and also demand that “I am a man” and I should be paid accordingly and equally. The United States was built on the notions of white supremacy, anti-Black racism, capitalism and patriarchy. The words and actions of King demand the dismantling of the core concepts of the American ethos and essentially the basis upon which the entire American foundation was established.

So how can we keep the legacy of King alive when it seems like so many of the injustices he wrote about, marched against and organized to fight are still present in American society? In the 21st century we are still witness to brutal injustices by the court system, the police state, our educational institutions, banking, occupational pursuits and in politics writ large. How do we maintain a sense of urgency during times when, to quote the great Fannie Lou Hamer, so many of us are “sick and tired of being sick and tired?”

I suggest you Google some of the many speeches of Dr. King, ranging from opposition to the Vietnam War to poverty, a living wage and wealth distribution. Let us keep his memory, words, activism and courage with us forever.