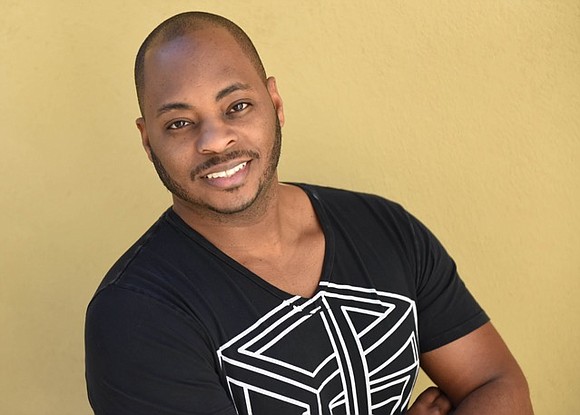 Jongnic Bontemps is a gifted composer and it’s his musical composition in the new documentary “United Skates” (by directors Dyana Winkler and Tina Brown) that is causing the strong pre-festival buzz, and that’s always good news for new filmmakers and film festival honchos. It might also be one of the key reasons the production company Get Lifted Film Co. and partners John Legend, Mike Jackson and Ty Stiklorius have just joined as executive producers of “United Skates.”

Making its premiere at the Tribeca Film Festival (April 19), “United Skates” is a documentary that centers on the battle in a racially charged environment to save African-American roller rinks, an underground subculture that has thrived for decades in the U.S., supporting community and helping hip-hop grow by featuring acts from Ice Cube and Dr. Dre in Los Angeles to Salt-N-Pepa, Queen Latifah and Naughty by Nature on the East Coast. Their numbers have been dwindling.

Jongnic Bontemps loves music. A family man with a supportive wife and two sons, his success as a music composer almost didn’t happen. As with many creative people who dream of careers that fit their passionate side, life happened and making money—for Bontemps, good money— became his focus for a long, long time. Then something else happened. He found a music composition teacher at the Univesity of Southern California and convinced that teacher to give him private lessons. Driving from the Bay area to L.A., he was determined to find a way to merge his two passions, and he did so by creating Composer Tech.

An entrepreneur from Silicon Valley, Bontemps’ well-paid day job for 15 years consisted of developing award-winning software products and building and managing state of the art data centers. He also hired and developed quality assurance and product management teams. As the owner of L.A.-based Composer Tech to this day, he still maintains his network of software engineers, data center operators and IT professionals who can be harnessed to solve the needs of his

A graduate of the Scoring for Motion Picture and Television program at USC, Bontemps seamlessly blends his vast experience in computing and software with his experience as a composer.

It’s such a unique position.

Here is an excerpt from an hour-long conversation Bontemps.

AmNews: At first glance, your road to becoming a music composer isn’t exactly, well, traditional, is it? You had a brilliant career in Silicon Valley, true?

Bontemps: Yes, that is true. I spent 15 years in Silicon Valley working as a software developer, development manager and ultimately as an entrepreneur.

I am a graduate of the Scoring for Motion Picture and Television program at the University of Southern California, but to get there took time. I found a teacher from USC and convinced him to give me private lessons while still working in the tech field. It wasn’t long before I knew that studying composition full time was what I needed and what I wanted to do.

AmNews: Is this why you were motivated to start Composer Tech, which is designed exclusively for composers?

Bontemps: In part, yes. I have a wife and two sons, so I still have to pay the bills. It’s because I am a composer myself that I am able to develop IT and music technology solutions that work for film, TV and game composers. Being a composer, I intuitively understand the needs and so my company Composer Tech builds custom targeted solutions.

I do have my roots in the church and jazz world. I am a pianist. I grew up in Brooklyn and I studied music at Yale, and then USC.

AmNews: Premiering at the Tribeca Film Festival on April 19, what’s the sound of “United Skates” like? What should people expect?

Bontemps: Definitely, my love for what I call the “hip-hop rhythmic elements” right alongside traditional film score components. Let’s call it “instrumental hip-hop” (no lyrics).

To see the trailer for “United Skates,” visit https://www.unitedskatesfilm.com/.