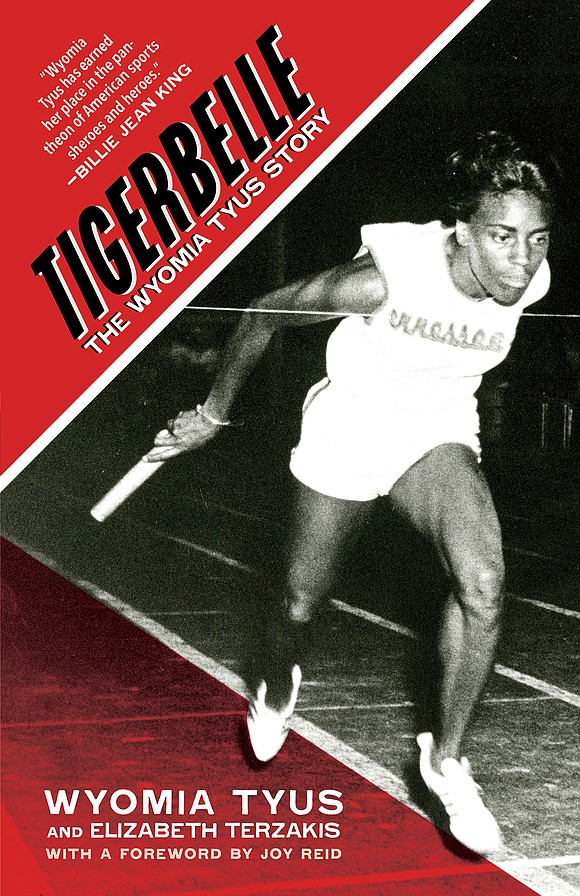 You can say track stars Gail Devers, Carl Lewis and even Usain Bolt ran in the footsteps of Wyomia Tyus. With first-place finishes in the 100-meter dash at the 1964 and ’68 Olympics, Tyus became the first athlete in history to win back-to-back gold medals in the 100. In the years since her precedent-setting accomplishments, Tyus, 72, has lived a relatively quiet life. That will change on Sept. 4 when her autobiography, “Tigerbelle: The Wyomia Tyus Story,” is published by Akashic Books.

“Tigerbelle” describes the prejudice and sexism Tyus navigated to become a champion. The book pays tribute to Ed Temple, the track coach at Tennessee State University, who became a father figure to Tyus (her father died when she was 15) and was instrumental in her receiving a college education.

“He did so much for women’s sports,” said Tyus. She and Edith McGuire, runner-up to Tyus in ’64 and winner of the 200 meters, have “always tried to figure out ways to bring attention to him and what he accomplished with the Tigerbelles [Tennessee State’s women athletes].”

Tyus’ confidence began as a child in Griffin, Ga. “I grew up with three older brothers,” said Tyus. “My dad told my brothers, ‘She can do whatever you can do. Stop talking about she’s a girl and she shouldn’t be doing that.’ I grew up feeling that I could do whatever I wanted to do as long as I worked hard at it and was happy doing it.”

Temple reinforced the idea that there was nothing wrong with a woman being good at sports. Tyus often heard words of warning that running would leave her unable to have children, but she kept going and earned four Olympic medals (two in the 4x100 relay). She has two grown sons and five grandchildren.

“It felt good, I enjoyed what I was doing and there was an opportunity to get an education,” said Tyus, whose post-track career was in outdoor education with the Los Angeles Unified School District.

Tyus vividly recalled the fight for human rights at the 1968 Olympics in Mexico City. She dedicated her gold medal in the relay to John Carlos and Tommie Smith.

Neither of her children took up track, but she remains hopeful that one of her grandchildren might be interested. She regularly attends track meets in California and loves seeing the current talent. A founding member of the Women’s Sports Foundation, Tyus also appreciates the increased diversity in sports such as gymnastics, fencing and swimming and is excited to see so many women athletes thriving.

“I love that the women feel very comfortable within themselves,” said Tyus. “I’m happy they’re

getting the attention they so well deserve. It gives girls and women the opportunity to see you can fit into any sport.”