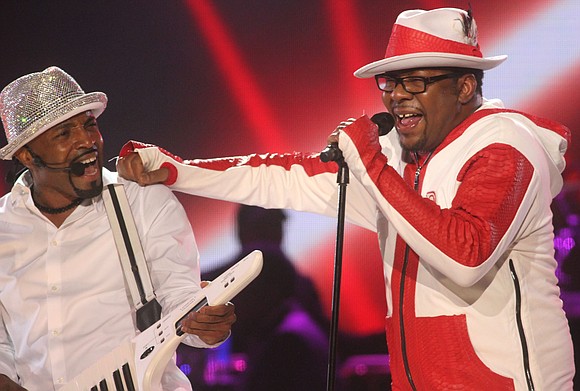 Bobby Brown was named one of the Top 60 Male Artists of All Time by Billboard, coming in at No. 52. Meanwhile, last year Brown founded the Bobbi Kristina Brown Serenity House nonprofit organization to offer help and support to victims of domestic violence. Last week, he and his manager wife, Alicia Etheredge, received a proclamation from the City of South Fulton, Ga., Mayor Bill Edwards and other local officials saluting their plans to establish a 24-hour intervention center in Atlanta for female and male victims and survivors of all ages.

CBS has ordered a competition series from NBA superstar LeBron James, the network announced Aug. 7. “Million Dollar Mile” will be a 10-episode high-stakes series that gives everyday athletes an opportunity to win $1 million every time they run the Million Dollar Mile. LeBron will executive produce. “LeBron represents the epitome of strength, vision and determination—all skills one will need to complete this one-of-a-kind course where every winner has a chance to win $1,000,000,” said Sharon Vuong, senior VP alternative at CBS Entertainment, in a statement.

Best known as the voice behind the classic Mtume slow jam “Juicy Fruit,” sensational songstress Tawatha is currently in the recording studio working on new music. In a career that now spans almost three decades, she has worked with everyone from Aretha Franklin, Lenny Kravitz and Luther Vandross to David Bowie and the Dave Matthews Band. Throughout the music business, Tawatha is known as the vocal contractor. Tawatha, “Working on new music has been a lot of fun. It’s wonderful after working with everybody to do something for yourself.”