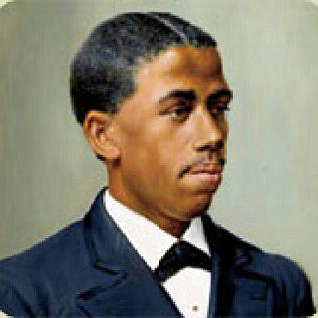 Whenever there is discussion about African-American inventors, invariably Benjamin Banneker is cited, mainly for a clock of wooden parts that kept accurate time for many years. More knowledgeable followers of inventors know that Thomas Jennings was the first Black man to receive a U.S. patent, for his invention of a process called dry-scouring, a forerunner to dry-cleaning.

The firsts in many categories are known. For example, most know that Jackie Robinson was the first Black player in major league baseball, but have no idea who was second. And even the most informed don’t know the Black person who held the second U.S. patent.

OK, if you’re still in the dark, look up Henry Blair. He was a farmer and inventor who is considered the second African-American to hold a U.S. patent for his designing two devices to boost agricultural productivity.

Blair was born in Glen Ross, Md., in 1807. Not much is known about his early life or family background. There is no record of his being enslaved, despite the period of time and the place where he lived. As an independent successful farmer on his own land and working at the point of production, he was not unlike a lot of laborers who seek to make their work easier. For him finding a way to assist in the planting and harvesting of crops presented a moment when necessity was truly the mother of invention.

His first patent, issued Oct. 14, 1834, was for a corn planter. In the accompanying illustration you can see that it resembled a wheelbarrow, equipped with a compartment to hold the seed and rakes dragging behind to cover them. This device enabled farmers to plant their crops more efficiently, thereby producing a great yield. Because he was illiterate, he signed the patent with an X.

Blair’s second patent was for a cotton planter, issued Aug. 31, 1836. Very similar to his first invention, this one functioned by splitting the ground with two shovel-like blades that were pulled along by a horse or other draft animal. Behind this device was a wheel-driven cylinder with blades that deposited seed into the freshly plowed ground. One of the benefits of the machine was that it quickly and evenly distributed seeds while removing weeds.

It has been argued that because Blair was able to acquire patents, he was a free man. But that was not necessarily true because at the time, slaves were granted patents. For example, in 1857 a slave owner challenged in the courts for the right to claim credit for his slave’s invention. His case hinged on the notion that because the slave was his property, anything in the slave’s possession belonged to him, the owner of the slave. A year later, in 1858, the patent law was changed to exclude slaves from patent eligibility. In 1871, after the Civil War, the law was revised to grant all American men, regardless of race, the right to patent their inventions. Women, as you might expect, were not included in this intellectual-property protection.

As we have noted, Thomas Jennings was the first Black man to receive a patent, but the record of his patent contains no indication of his race. His background was substantiated through other sources.