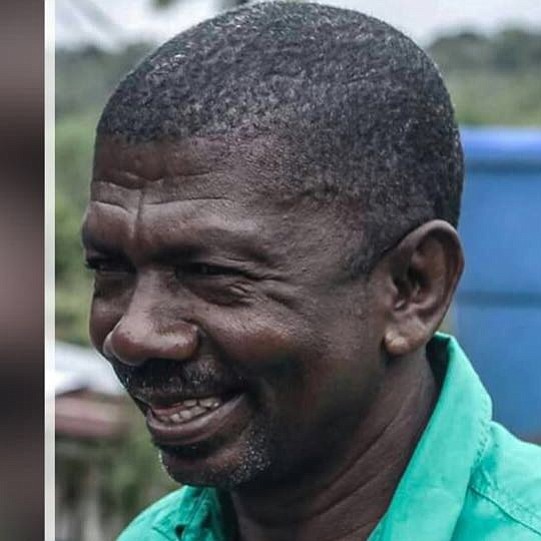 Temístocles Machado, a popular community activist in Buenaventura, Colombia, was murdered Jan. 27. Two men shot him in the neck and the head in the Isla de la Paz neighborhood parking lot that he managed, not far from his home.

Police have suggested that Machado might have been killed by groups he was in disagreements with about the use of land in Buenaventura. He is but one of more than 170 social movement leaders killed in Colombia since the beginning of a peace process with the Revolutionary Armed Forces of Colombia, or FARC, in December 2016.

Colombia’s Congress signed off on a peace agreement with the FARC just 14 months ago, and since then the disarmed rebel leaders have been allowed to turn the FARC into a legitimate political party. But even before President Juan Manuel Santos officially ended the national governments’ more than 50-year-old civil war against the FARC, indigenous and Afro-Colombian civic leaders insisted that their communities needed to have more say at the peace table. Afro-Colombians and indigenous groups were the most visible victims of the civil war, because large populations of both groups lived in remote areas where the government had traditionally rarely supplied services. The FARC was able to take over in these locations and use land resources to fund their military campaigns.

There have been international calls for the Colombian government to now take control of the territories abandoned by the FARC. Without federal control of the areas, corrupt local authorities and organized gangs have been able to rule and threaten community members.

Temístocles Machado was nationally known as a member of the Proceso de Comunidades Negras (Black Communities Process) and one of the leaders of Buenaventura’s recent minga (civic strike), which for some 20 days in May 2017 protested against the taking of land and giving it to multinational companies that want to use it for container storage use. Machado was a member of the committee that forced the national government to sit down with local leaders and put together a plan that would focus on more resources for public education, welfare, health care and better agricultural support.

His victories made him one of Buenaventura’s most regularly threatened leaders, but authorities never provided him with police protection.

Machado was born in the traditionally Afro-Colombian state of Chocó, but his family fled to Buenaventura after a massacre. Machado’s father, Juan Evangelista Machado, became a community leader in Buenaventura’s Isla de la Paz neighborhood—an area that was widely occupied by Afro-Colombians who had fled civil war violence in other areas of the country. When a landowner gave community members land to live on, Juan Evangelista Machado was instrumental in turning the land into a cooperative, a location owned by all of the people. By the time Machado took over his father’s work, he found himself fighting local and even multinational companies that wanted to acquire and privatize the land to be part of the expansion of the port of Buenaventura.

Machado had been collecting photographs, pamphlets and documents about the attempts to steal land from poor communities in Buenaventura for roughly four decades. When the Centro Nacional de Memoria Histórica (National Center of Historical Memory) came to his city to set up a digitized archive of documents showing how communities have been affected by the civil strife in Colombia, “they agreed that the first human rights file to be safeguarded was that of Temístocles Machado,” a recent article in the Colombian newspaper El Espectador explained. “A professional from the [CNMH] who led this intervention recalls, ‘They were clear at the time that it was the file with the most documents, the one with the greatest impact and the one that was most at risk of disappearing, because Temístocles had been threatened for a long time.’”

In a recent open letter, Marino Cordoba, president of Association of Displaced Afro-Colombians, and Gimena Sanchez-Garzoli, director for the Andes at the Washington Office on Latin America, wrote that more needs to be done to protect Black and indigenous communities in Colombia. But that work won’t come without an outcry from the African Diaspora.

“A lot can be done to address Colombia’s security situation,” they wrote. “The FARC peace accord includes provisions that help to dismantle illegal armed groups and protect leaders. Colombia has a sophisticated early warning system for human rights abuses and protection mechanisms for activists. Nonetheless, these do not work if the political will does not exist and persons who commit these crimes and those who order them are not jailed.

“Affected communities have developed innovative approaches to protect themselves. They know exactly what is needed but their ideas are often ignored. For the problem to be paid attention to it needs visibility. This is why the African Diaspora must make their concerns known. An international outcry is the only way to make those who can turn this around pay attention and act on this problem.”