Haitians take on Trump in Times Square on MLK Day 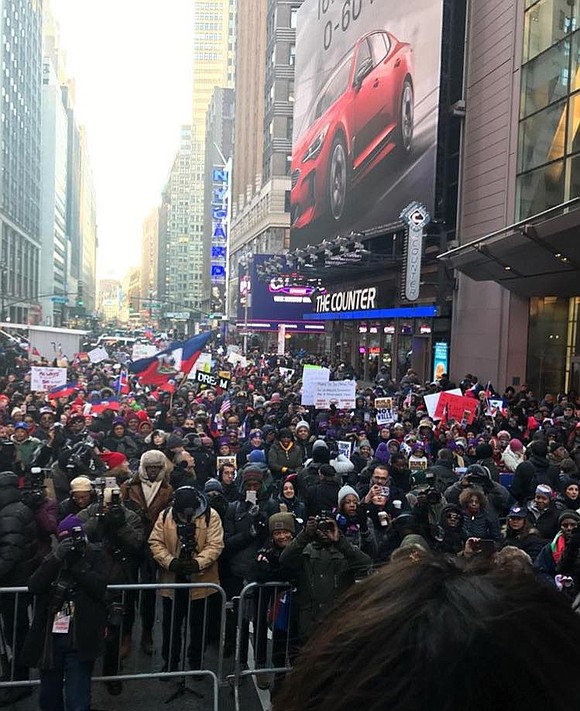 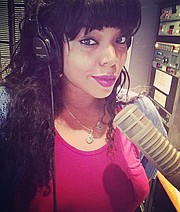 News broke last week that during a meeting with U.S. senators at the White House, Trump allegedly called African nations, El Salvador and Haiti “shithole” countries during discussions about immigration policy. He also questioned why more immigrants from Norway aren’t coming to America. Trump has denied using the word, although others in the room said he did.

Critics of the president said his remarks were racist. Immigration organizations, politicians and community leaders reacted quickly. Haitian, African and El Salvadoran immigrants started mobilizing last Friday. Haitians across the nation came together to commemorate eight years since the deadly 2010 earthquake on the island. They also used the day to voice their outrage against Trump.

However, it was Monday that brought out one of the nation’s largest demonstrations since Trump’s alleged statements. “Rally Against Racism: Stand Up for Haiti and Africa” was hosted by several organizations and unions, including 1199SEIU, Haitian Round Table, National Action Network, Women’s March, New York State Nurses Association, 32BJ SEIU and New York Immigration Coalition.

“President Trump’s most recent comments on immigration from Africa and the Caribbean are divisive, inflammatory and completely unbefitting of a person leading a nation that owes so much to the contributions of immigrants from all over the world,” said George Gresham. “We as a city, and as a nation, cannot and will not tolerate hate speech and discrimination that do nothing but undermine the very tenets on which our country was founded.”

“It’s amazing how this man chooses to say these racist and backward, ignorant statements that we’ve never heard in the White House,” Biochette said to the crowd during a fiery speech. “Especially on the anniversary of a historical tragedy that happened in Haiti eight years ago where 300,000 people died. We’re still mourning.”

Brooklyn-based organization the Haitian-American Caucus was also part of the rally. Executive Director Samuel Pierre said Haiti is under attack by the Trump administration.

“We will continue to fight and strengthen our narrative,” he said. “The narrative that depicts the Haitian people as strong, resilient, hardworking, courageous, intelligent, savvy, change-makers, innovators. We are not and have never been inhabitants of a ‘shithole’ country. We are the pearl of the Antilles.”