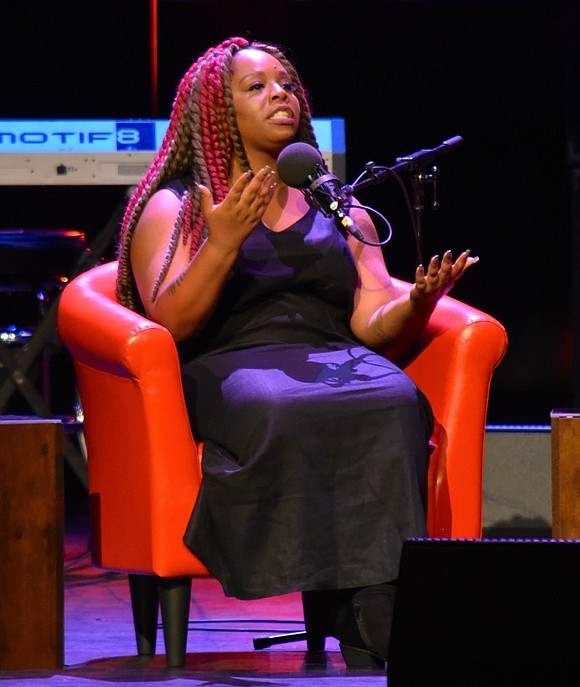 Panelist began discussing the economic, educational and social conditions for African-Americans in the U.S. over the past half-century since Dr. King’s April 4, 1968 assassination in Memphis, Tenn. Although Dr. King might not have physically lived to see his vision come to fruition, as he himself prophesied, without question his efforts are making an impact today.

“The momentum that King’s movement set in train engendered what he called the widest liberation in human history,” contends King biographer, Taylor Branch. “Not just in the U.S., but around the world—the freedom movement.”

Mention was made how the 1964 Nobel Peace Prize winner’s efforts helped open doors for many people who did not participate in his various public acts of social disobedience, yet still benefited from them. The gains made transcend ethnic and gender barriers that previously existed.

Coretta Scott-King was recognized as being a pillar of strength throughout her husband’s stressful life, and after it, as well as being very influential in it.

“She was political before meeting him,” noted Brooklyn College political science professor, Jeanne Theoharis. “In many ways her global vision moves him. She was out against the war in Vietnam publicly, in large measure, before him. A reporter asked him, after she gave a speech, ‘Did you educate her?’ He says, ‘No, she educated me.’ She picked up where he left off in the aftermath of his assassination.”

Theoharis added that Scott-King was under FBI surveillance after her husband’s assassination, yet stayed the course in continuing his legacy.

Then King’s personal adviser, legal counsel, speech writer and close confidant, Clarence Jones, spoke about how King’s attention on civil rights somewhat switched after the national bill passed in 1964, and he instead focused more on issues

“What we have to be concerned about today is that we have to be careful that we don’t trivialize the legacy of this extraordinary man,” Jones said. “Everybody talks about this dream, but his dream was an aspirational example to America of what it could be. But the essence of the legacy of Dr. Martin Luther King Jr. is Memphis, Tenn., and those [sanitation] workers. That’s his essence. It ain’t the dream. He was about the poor.”

Jones added that King was becoming more aware of the military industrial complex and capitalism’s exploitation of the needy, and “he knew there wasn’t going to be anything left for the war against poverty because all of the money was being spent on the war.”

Jones recalled speaking with King on March 31, 1968, just five days before the assassination, as King prepared to speak at Washington D.C.’s National Cathedral.

He recalled King saying, “The revolution consists of three major components—technology, values of war and poverty.”

Jones continued, “I cannot emphasis the core of his legacy was the concern for the poor. If here today, he’d be concerned that in the wealthiest nation in the world, with the mass amount of money we have, that people are sleeping on the streets, homeless. If we can squander away a trillion dollars in Afghanistan, but you’re telling me we can’t deal with the homeless. Hello.”

Jones concluded, “With the exception of the Emancipation Proclamation of 1863 and the presidency of Abraham Lincoln, Martin Luther King Jr. may have done more to achieve political, social and racial justice and equality than any other person in the 240-year history of the U.S.A. He was a bad dude.”

The event closed with a rousing performance by the two-time Emmy Award-winning ensemble, Vy Higginsen’s Gospel for Teens Choir.