The Classical Theatre of Harlem presents free staging of ‘Antigone’ 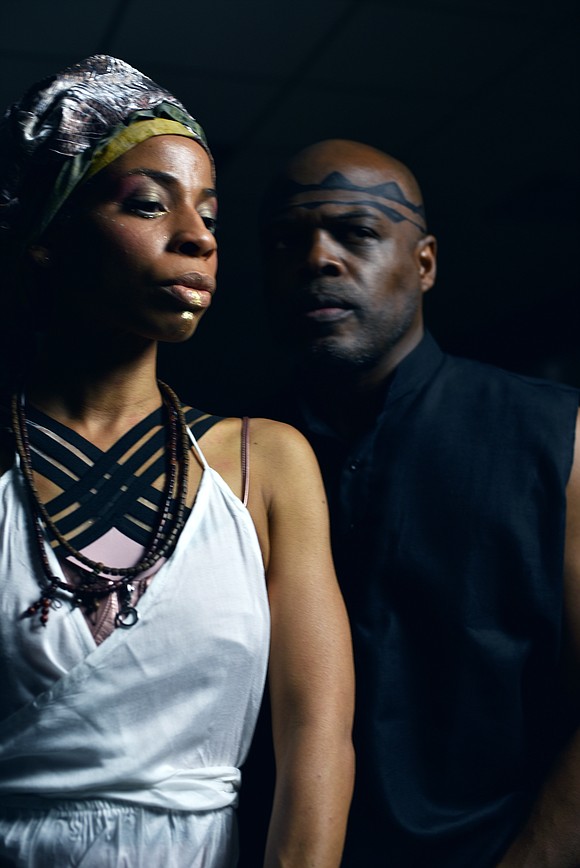 It’s Harlem, so it’s close and the drama is being presented on the stage by The Classical Theatre of Harlem with “Antigone,” inspired by Paul Roche’s adaptation from the classic Greek tragedy by Sophocles. Under the direction of Producing Artistic Director Ty Jones, the free theater performances affectionately known as the Uptown Shakespeare in the Park are back for a sixth season. All performances take place inside Marcus Garvey Park.

“Antigone” is set in the city of Thebes in a dystopian future. The struggle for power, glory and the claim to the city shatters the bonds of brotherhood, leaving two men lifeless. The new king proclaims one brother a hero and the other a usurper, leaving his limp body lying in the street as an example to those who dare act against the state. The citizens of the city avert their eyes out of fear, turning instead to their new leader, who vows to restore order to the war-torn city. But when the sister of the slain young brothers protests the edict, she breaks faith with everything she has ever known to set things right at any cost.

Calling on the cultural landscape of African-American traditions, while adhering to the Greek tragic form, this fresh reimagining of the classic story will captivate, stun and inspire audiences from all backgrounds.

“Our ‘Antigone’ is inspired by a counterculture movement known as Afropunk, which will be juxtaposed with the themes of tradition and order,” said Carl Cofield, director of “Antigone.” “The current political climate is ripe for this story. Women across the world are finding their voices and confronting powerful men, institutions and organizations. This timely ancient text is still clearly relevant today.”

“Though we call our summer season ‘Uptown Shakespeare in the Park,’ we took a detour this summer to present ‘Antigone’ for one simple reason—Greek plays are unafraid to question everything we value, including life,” said Jones. “‘Antigone’ is a story where the people, who assert they are right, clash with a system, whose leaders have the same assertion. After 2,500 years, ‘Antigone’ still asks of us: Are we all players on an odyssey to find our shared humanity, or are we in a perpetual state of ideological warfare that will always end in inhumane violence?”

The Classical Theatre of Harlem’s production of “Antigone” will be showing at the Richard Rodgers Amphitheater in Marcus Garvey Park, located at 18 Mt. Morris Park West. It’s best to enter the park at 124th Street and Fifth Avenue and walk south to the venue. The tickets are free to the general public. No reservations are required.

In event of inclement weather, notice of show cancellations will be made via The Classical Theatre of Harlem’s website and social media pages.