Liberty head into All-Star break on a down note 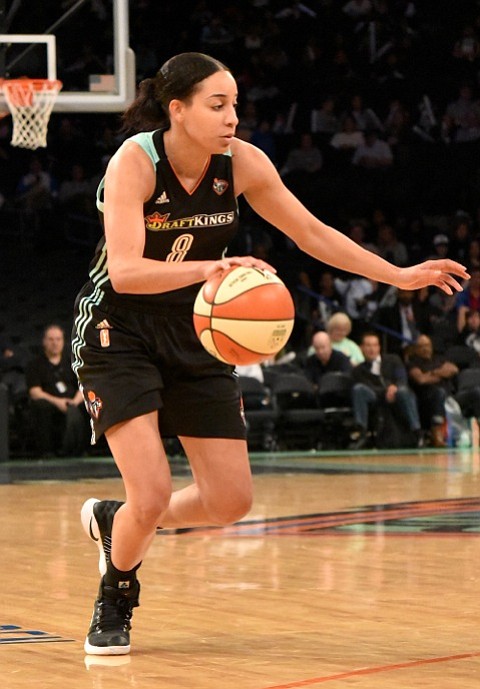 Saturday, July 28, the best of women’s basketball will convene in Minneapolis for the WNBA All-Star Game. The game will have a new format this year as the Eastern and Western conferences have little relevance given the league’s playoff format. Elena Delle Donne of the Washington Mystics and Candace Parker of the Los Angeles Sparks will serve as team captains.

The two captains selected their teams from a pool of players voted All-Stars by the fans. New York Liberty post player Tina Charles will play on Team Parker. The rest of the Liberty players have a little break to get some rest and try to refocus their energies for the nine games remaining of regular season play. Because they are at 7-18 and 11th in league standings, there would need to be a serious change for the Liberty to make the playoffs.

It has been a rough season for the Liberty. Last Thursday, New York dropped a road game to the Atlanta Dream 82–68. Saturday, the team suffered a home court loss to the Washington Mystics 95-78. Coach Katie Smith called it a tough loss and noted that the team’s energy level was inconsistent. She also said a playoff run is going to be tough. Rather, the team would focus on playing as if there is nothing to lose.

“At the end of the day, whatever the end result is we have to keep focusing on ourselves and what we are trying to accomplish and at the end of the season see the result,” said Charles. “That effort and energy that we brought. Making shots or not, that’s how we have to play, consistently.”

Tuesday night, the Liberty fought valiantly against reigning WNBA Champions, the Minnesota Lynx. Despite pushing the Lynx to the final seconds, the Liberty fell 85-82. Charles scored 32 points and Bria Hartley and Amanda Zahui B came off the bench to score in double figures, but it was not enough.

The Liberty’s next game is Aug. 1 at the Connecticut Sun. The next home game at Westchester County Center is Aug. 4 against the Indiana Fever.