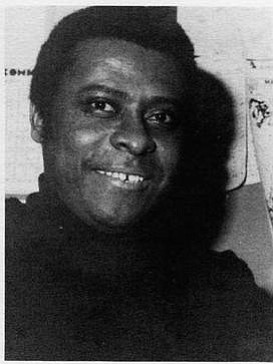 Among the stories spurred by the “Black Panther” film is an engrossing one about African-American comic book writers and graphic artists. Although there have been several stories about Christopher Priest (nee Jim Owsley), Reggie Hudlin and the most recent celebrated author, Ta-Nehisi Coates, it was good to see one on Billy Graham, an extraordinary illustrator, editor, writer, letterer, inker and comic book penciler.

Graham was given a full-page spread in The New York Times (March 11, 2018), complete with examples of his work, none more compelling than his collaboration with writer Dan McGregor on early variants of “Black Panther.”

Born William Henderson Graham, July 1, 1935, he was a graduate of New York City’s Music & Art High School. His artistic career was fully launched in the late ’60s at Warren Publishing, where he illustrated “Death Boat!” in “Vampirella” #1 (Septembera 1969). Shortly after recruiting him, recalled publisher James Warren, he promoted Graham to art director.

“I sensed Billy had the ability to handle it,” Warren said. “Certain artists and writers are great, but they can’t shift out of their specialty and do something else. Billy could … Now you have to understand that all Billy wanted to do his whole life was just be Jack Kirby [a prolific and early comic artist creator].” Warren told Graham that one day he might be the Black Jack Kirby, but right then he wanted him to be the art director. And once told Graham had an office and a check coming every Friday, he said, “Yer goddamn right!” and settled into the position, the expression of acceptance just a sample of his being called “the irreverent one.”

Graham left Warren and became a member of the team that launched Marvel’s “Luke Cage, Hero for Hire.” He inked the premiere issue (1972), working with George Tuska, one of his major influences. During the 16-issue run of the series, he either inked or penciled each issue. It was during this phase, collaborating with Tuska, that Graham gradually evolved into being an artist perfecting his skill with each iteration. It would be remiss to exclude artist Stan Lee in Graham’s ascendance at Marvel.

By 1973, Graham was doing the cover art for the Luke Cage series, working with writer Steve Englehart. But it was his collaboration with Don McGregor on “Black Panther” in “Jungle Action” #6-24, 1973-1976, that allowed him to become the regular penciler. Noted authority on comic books and the creators, Buzz Maverik, wrote, “I know the [“Jungle Action”] artist Billy Graham was Black. His cool Marvel bullpen name was ‘The Irreverent’ Billy Graham [in contrast to the popular evangelist]. For me, even though I later learned that Jack Kirby created the Panther, Graham will always be the definitive Panther artist. His art, even more than McGregor’s writing, made T’Challa one of what I call the ‘grown men’ of the Marvel Universe, the others being Daredevil and Iron Man.”

Graham also illustrated McGregor’s “Sabrez” series for Eclipse Comics, which was a spin-off of one of the first graphic novels. In 1975, the two worked on Marvel’s black and white horror-comic “Monsters Unleashed.” Graham was both writer and artist of the six-page story “The Hitchhiker” in Eclipse Magazine #5 in March 1982.