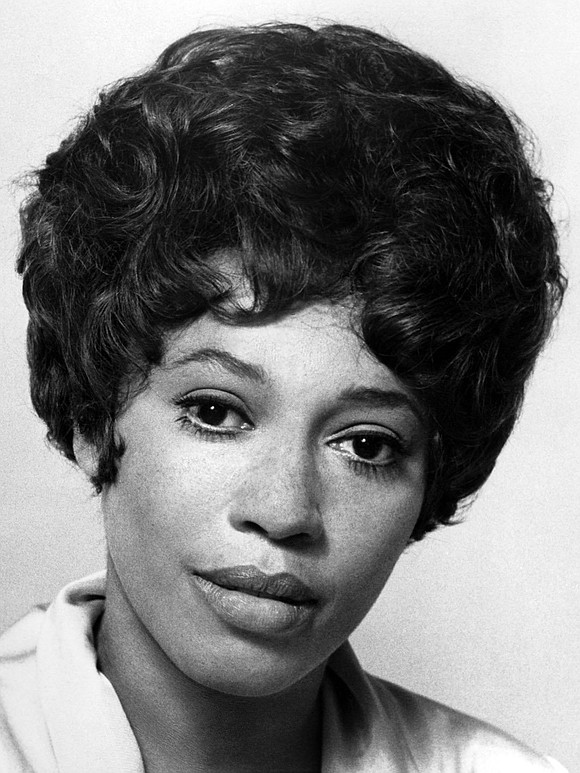 Last month, we lauded playwright Alice Childress for being the first African-American woman to direct an off-Broadway play. Diana Sands can claim a first, too, as the first Black actress to be cast in a major Broadway play without regard to color. Notwithstanding this accomplishment, she is perhaps be remembered for her captivating performance in Lorraine Hansberry’s “A Raisin in the Sun.”

Sands was born in New York City Aug. 22, 1934, to Rudolph Thomas, a carpenter, and Shirley Sands, a milliner. She was still a student at the New York City High School for the Performing Arts when she launched her acting career, debuting at the Greenwich Mews Theatre in George Bernard Shaw’s “Major Barbara” in 1954. During the same year, she had a role in the theater’s production of “The World of Sholem Aleichem.” A year before, she had made her off-Broadway debut in “An Evening with Will Shakespeare.”

Almost in rapid succession she was in the cast of “Land Beyond the River” (1957) and “The Egg and I” (1958). But she soared magnificently in her true Broadway debut in 1959 as the aspiring doctor Beneatha Younger in “Raisin.” Her performance was so commanding and powerful that she earned the Outer Circle Critics’ Award. Two years later, she reprised the role in the film version of play, where she shared the spotlight with Sidney Poitier, Ruby Dee, Claudia McNeil and Ivan Dixon.

Here’s how film and music critic Nelson George described Sands and her portrayal of Beneatha: “Bright, articulate in the King’s English, Afrocentric in a way that confounded her boogie peers, and cute the way a woman caught up in finding herself always is. Beneatha was a Black woman that the cinema still hasn’t seen enough of.”

Her next major part was in 1961, in the musical revue “Another Evening with Harry Stoones,” which also featured 19-year-old Barbra Streisand.

In 1962, she was back onstage in “Tiger Tiger Burning Bright.” By this time, she was a member of the Pantomime Art Theatre Repertory Group and the Compass Players. Meanwhile, she shunned a number of film opportunities, refusing to be typecast and seeking to expand her versatility. That opportunity came onstage in a role in James Baldwin’s “Blues for Mr. Charlie,” for which she received an Obie Award.

Sands final role of significance on Broadway was in the 1969 production of “The Owl and the Pussycat,” with Alan Alda. When white actress Kim Stanley was unavailable for the role, it was offered to Sands without any changes to the script to reflect her color. She then devoted time to television, including a featured role in “Julia,” a series starring Diahann Carroll. At this time, she worked occasionally as a member of the Repertory Theater at Lincoln Center, most memorably in her role as Joan of Arc in Shaw’s play “St. Joan,” and that was the first time an African-American woman had the honor.

In the early ’70s, with an aim to secure more positive roles in films, she founded Third World Cinema, ably assisted by Ossie Davis, Brock Peters and other notable performers and investors. In fact, Davis put up the lion’s share of the money, using a $200,000 grant from the U.S. Manpower Career & Development Agency. One of their productions was “Georgia, Georgia” written by Maya Angelou, the first screenplay by a Black woman. She also wrote the film’s soundtrack. Sands starred in the film as a confused and troubled woman, alienated from herself and her people in a quest to fulfill herself as an artist. The film, like Melvin Van Peebles’ “Sweetback’s Baadassss Song,” provoked a wave of controversy. One of her last films was “Honeybaby, Honeybaby,” which was also produced by Third World Cinema. In 1970, she portrayed Fanny, married to a Black militant, in Hal Ashby’s “The Landlord.” The film starred Beau Bridges, with supporting roles from Pearl Baily and Louis Gossett Jr.