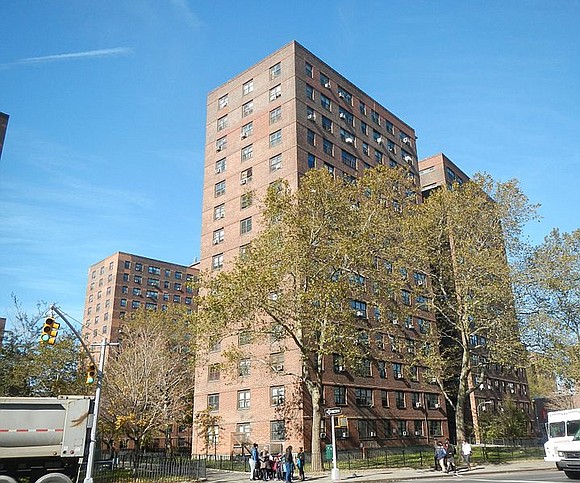 As NYCHA’s ongoing saga continues, residents living in public housing continue their plea for the city to fix the numerous problems.

With everything from mold to leaky elevators making the news, residents are prepping for predicted heat and hot water issues as temperatures get cooler and winter is on the horizon.

NYCHA residents recently got the chance to take their complaints about living conditions in public housing to federal court. Members of the Metro Industrial Area Foundation testified in a hearing before Federal Judge William Pauley not only to show continued support for the adoption of Metro IAF’s mold settlement but also to demand broader oversight of NYCHA on lead and other repairs.

“My kids were sick every day last year,” NYCHA tenant Zakya Williams said. “Every day, my kids were sick. And I was pregnant at the time. So it’s just horrible, horrible.” The hearing is part of the federal government’s lawsuit against NYCHA, which found that the agency made false statements to the Department of Housing and Urban Development about lead inspections. More than 100 people testified at the hearing.

“Hundreds of tenants, including many Metro IAF leaders, wrote to the court about the deplorable conditions they have to deal with,” said Fr. Francis Skelly, pastor of Immaculate Conception Church in the South Bronx, and a leader in Metro IAF. “This illustrates what we have known for decades. NYCHA will never clean up its act unless it is forced to. Asthma-causing mold is one of the most serious problems the hundreds of public housing tenants in my congregation, and thousands in the other Metro IAF member congregations, deal with.”

Among those who also spoke at the hearing was tenant advocate and Frederick Douglass Houses Tenant Association President Carmen Quinones. She reported that her residents continue to deal with bug infestations, leaky sinks and mold.

“We know more about housing than the people who actually work there, which is the New York City Housing Authority,” she said. “We’re teaching them.”

While repairs were top issues tenants talked about at the hearing, safety was also a major issue. One of the most standout testimonies came from Dionne Boyd from Brooklyn’s Linden Houses whose 16-year-old son was murdered at the development.

Reports indicate that malfunctioning surveillance cameras prevent police from identifying her son’s killer. When she requested a transfer to another NYCHA property, the agency refused. Upon hearing the news about Boyd’s issues, a NYCHA representative said she would be transferred.

“We were heartbroken to hear Ms. Boyd’s testimony in court today and regret the additional pain caused by the delay in her transfer,” said NYCHA spokeswoman Jasmine Blake. “We will be contacting her immediately to help expedite.”

Public Advocate Letitia James also testified at the hearing, where she called for a federal independent monitor. She said what NYCHA residents need a long-term solution to not only fix problems but also ensure they won’t happen again.

“Throughout its existence, NYCHA was supposed to stand as proof that permanent subsidized public housing could work on a vast scale—and to an extent it has,” she said. “But after decades of neglect and underfunding by the state and federal governments and chronic mismanagement at every level, the current conditions at NYCHA buildings are nothing short of deplorable.”

Three NYCHA developments on the Upper East Side are among some of the worst housing in the nation, according to the federal government. HUD gave some of the lowest ratings to Holmes Towers, Isaacs Houses and Robbins Plaza, which had major issues, including broken boilers, broken elevators and faulty roofing