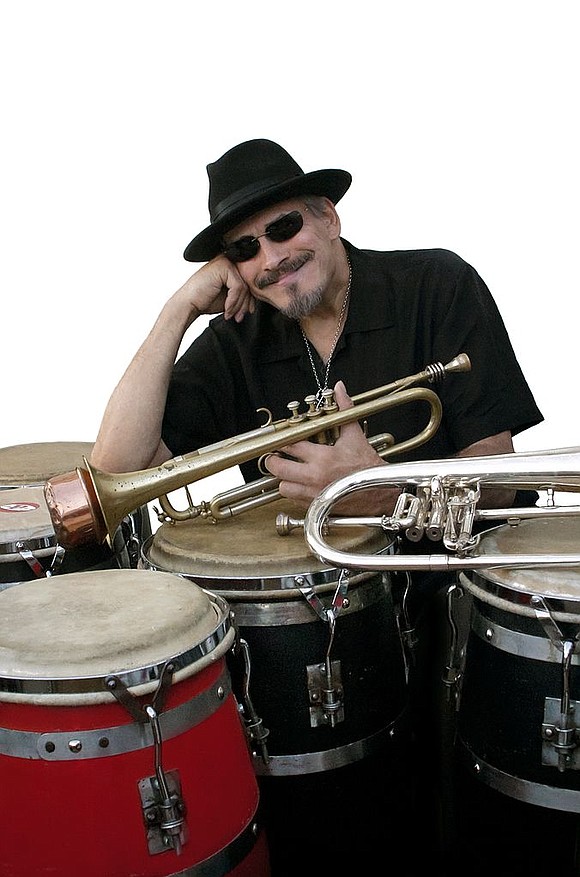 His death was confirmed by the Spanish Society of Authors and Publishers and local reports. It was reported a fire blazed through his first-floor home in Madrid. Police responding to the fire found Gonzalez, who had gone into cardiac arrest, and attempted to revive him. He reportedly died hours later at a Madrid hospital.

Gonzalez, who was born and raised in New York City, moved to Spain in 2000. As he became immersed in the flamenco scene, he was able to develop a new concept with the genre that bloomed into a creative moment with the recording of “Los Piratas del Flamenco” (2004) that included the flamenco guitarist Niño Josele, the percussionist Israel Suárez “Piraña” and the singer Diego El Cigala. The genius of Gonzalez was in full swing as he developed this new sound with a fusion of jazz, flamenco and New York street.

Gonzalez was born June 5, 1949, in Manhattan, at 158th Street and Third Avenue (which was known as Spanish Harlem). The family eventually moved to the Edenwald Houses in the Bronx. His father, Jerry González Sr., was a master of ceremonies and lead singer for bands during the days of the Palladium and Park Terrace; he sang with Claudio Ferrer’s band.

“Jerry’s recent passing like that of Dave Valentin’s is indeed a great loss,” said Bobby Sanabria, drummer, percussionist, composer, arranger and educator. “They represent the incredible contributions that New York-born Puerto Ricans [Nuyoricans] have made to not only Afro-Cuban/Latin jazz but to the history of jazz itself. It is a relationship that goes back to James Reese Europe’s Harlem Hellfighters Regimental Band in WWI, where 18 Puerto Ricans, including Rafael Hernandez, PR’s most famous composer, helped to bring African-American culture and jazz in its early form to European audiences.”

In junior high school, Gonzalez began playing trumpet and later congas. He started jamming in the projects and with local bands. He grew during a pivotal point in music. Aside from the Latin, Afro-Cuban and jazz he heard at home, outside in the projects and teenage world he was hearing the sounds of doo-wop, the falsettos of Frankie Lymon, Smokey Robinson and Lee Andrews. Salsa music was at a peak with Eddie and Charlie Palmieri, Tito Puente, Ray Barretto (El Watusi) and Johnny Colon “Boogaloo Blues”; jazz with Miles Davis, Dizzy Gillespie, John Coltrane and Cal Tjader; and the funk of it all with George Clinton and James Brown.

One of Gonzalez’s first jam sessions took place in Edenwald Projects every Sunday during the summer when the teenagers (boys and girls) dressed-up to hang out in the “big park.” The music consisted of about five conga players, including Gonzalez, Juan Rodriguez, Nanny and Melvin Grant and Marsalis Jones improvising to the sounds of the street, “Edenwald Do or Die.”

Sometime later in an interview during one of his visits from Spain in 2014, Gonzalez recalled those days we spent in Edenwald, hanging out in the park with his brother Andy and all the guys. “We had some great times,” said Gonzalez. “Playing in the park was a big thing.”

Whereas most kids in the projects went to Evander Childs or a trade school such as Samuel Gompers, Gonzalez attend the High School of Music and Art in Manhattan, where he pursued his musical career. There he learned about classical music and its composers, Bach, Mozart, Beethoven and Stravinsky.

After graduating in 1967, he attended the New York College of Music and began working professionally a short time later. He joined Dizzy Gillespie’s band at 21. Playing the congas with Gillespie’s support and encouragement, Gonzalez was able to fuse the African-based rhythms without compromising. The following year, he moved on to another tutelage experience with the anointed salsa and Latin jazz master Eddie Palmieri. It was the pianist who led Gonzalez into the music of Cuba. He went on to play with such legends as Tito Puente, McCoy Tyner and Jaco Pastorius.

During the 1960s and early 1970s, Gonzalez and his brother, the bassist Andy Gonzalez, played many gigs on the Lower East Side of Manhattan, where they also hung out. Gonzalez was an activist and participated in a host of fundraisers for the Young Lords, the Free Puerto Rico Movement and various nonprofit organizations dedicated to supporting Puerto Ricans in the arts.

During his visit in 2014, it was Pepe Flores, the noted Latin music and jazz historian and gatekeeper of Puerto Rican and Cuban culture, who coordinated the documentary that was being filmed on Gonzalez’s career. He explained how happy he was to have such a blessed career and talked about Andrea Zapata-Girau, who he recently married, and their baby daughter Julia; both accompanied him on this trip.

Gonzalez went on to work with Conjunto Libre, the band led by timbalero Manny Oquendo and his Andy Gonzalez. They later founded the Conjunto Anabacoa and the Grupo Folklórico y Experimental Nuevayorquino. They recorded two albums, “Concepts of Unity” (1974) and “Lo Dice Todo” (1975). The large ensemble included other rising stars such as Ruben Blades, Oscar Hernandez and Alfredo “Chocolate” Armenteros.

In 1979, Gonzalez recorded his first album as a leader, “Ya yo me curé.” A year later, he formed his best-known group, The Fort Apache Band, which included Andy

The ensembles’ first two albums were “The River Is Deep” (1982) and “Obatalá” (1988). These albums were followed by their hit album, “Rumba Para Monk” (1988), earning them recognition with the Jazz Record of the Year Award. This record perked the ears of the jazz community and is still considered a stellar project. After that, the 15-member band was compressed into a sextet: pianist Larry Willis, bassist Andy González, drummer Steve Berrios and saxophonists Carter Jefferson and Joe Ford.

“Jerry’s work with his Fort Apache Band was an extension of Cal Tjader’s small group, an ensemble that effortlessly moved between jazz and Afro-Cuban rhythms but with the modal harmonic innovations of post Miles, Coltrane and the aggressiveness of hard bop,” stated Sanabria. “They also helped to expose the Nuyorican musical ethos [no boundaries] to a wider audience as well as the jazz community itself. We still have a long way to go in terms of that, but Jerry helped to open that door tremendously. Rest in power my fellow S.O.B. [Son of Da’ Bronx].”

He would later play with Puente, the great Latin jazz percussionist and bandleader, as well as the pianist McCoy Tyner, the bassist Jaco Pastorius and others. His musicianship gave him unusual versatility.

Gonzalez appeared in the documentary film “Calle 54,” directed by the Oscar-awarded Fernando Trueba. He also participated in “Crossover Dreams” (León Ichaso, 1985) with Rubén Blades and Virgilio Martí and on episodes of “Sesame Street.”

Gonzalez’s versatility and perfection as a multi-instrumentalist with trumpet, flugelhorn and congas offered him opportunities to play with an outstanding array of musicians such as Abbey Lincoln, Kirk Lightsey, Cachao López, Archie Shepp, the Brooklyn Philharmonic and The Beach Boys.

Gonzalez’s musicianship has been an inspirational force to aspiring musicians around the world. It is important that young students in the Edenwald Projects and the Spanish Harlem’s of the world hear the name Jerry Gonzalez and feel his pride and integrity. Listen to his music, “BaBa Fieden Orisha” (Ya Yo Me Cure, 1980) and dance to the roots of Africa and Cuba. Hear the prayers of the Yuruba, the call and response of the ancestors and the gritty sound of New York’s America.