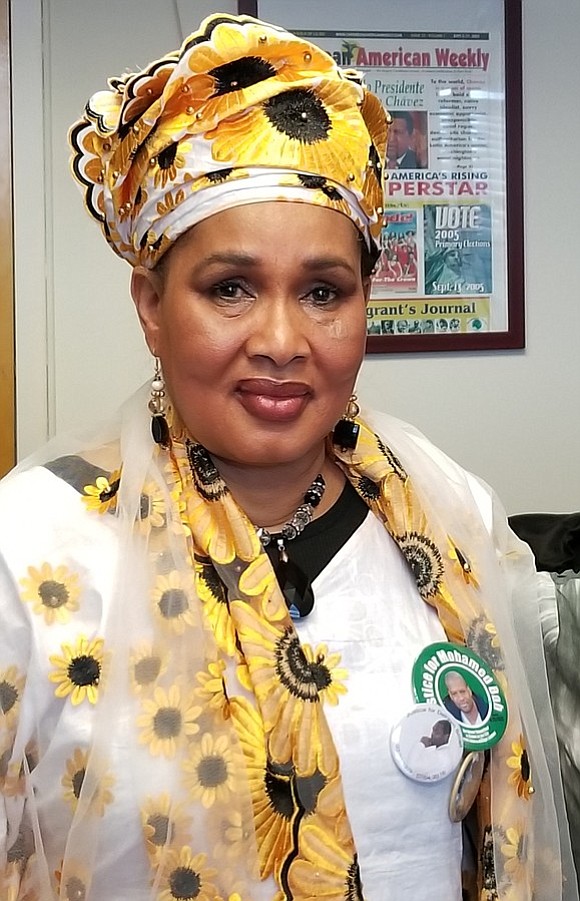 On Sept. 25, 2018—the sixth anniversary of Mohamed Bah’s death—Mrs. Hawa Bah, family members of other New Yorkers killed by the NYPD, religious leaders and community supporters rallied on the steps of City Hall to demand Mayor de Blasio drop the appeal of the Bah civil suit, which is causing ongoing suffering for the Bah family.

Mohamed Bah, a Muslim immigrant from Guinea, was killed on Sept. 25, 2012, after being shot seven times and once in the head by the NYPD inside his home. Mohamed’s mother, Hawa Bah, called 911 for an ambulance for her son, who was in physical and emotional distress. NYPD officers arrived first. Reportedly, despite Mrs. Bah pleading with them not to, Emergency Services Unit officers forced their way into her son’s apartment—against NYPD protocol and without a warrant—with guns drawn and shot him eight times, killing him. There is concrete evidence that shows that the last shot was fired at close range, while Bah lay on the ground. Both the state and federal criminal justice systems failed to hold the officers involved accountable.

In November 2017, the jury for Bah’s civil trial ruled that Officer Edwin Mateo, who fired the execution-style shot that killed Bah, was liable for using excessive force and Lt. Michael Licitra, the commanding officer on the scene, was liable for failure to supervise.

“Mohamed was a Muslim man, honor student, taxi driver and wonderful son. He had never committed a crime in his life,” said his mother. “NYPD take him from me on Sept. 23, 2012. Mohamed was sick, I know he needed help. I called 911 to get the ambulance and take him to the hospital. What the police did instead of helping Mohamed, they treated Mohamed like a criminal.”

The Bah family was forced back into a now six-year process, with the city’s attorneys filing motions for “qualified immunity.” In May, Judge Kevin Castel upheld the motion for Licitra, but ruled against it in Mateo’s case, allowing the jury’s original finding of liability for excessive force to stand. Following in June, the de Blasio administration continued the effort to reverse the jury’s decision by appealing the verdict. The appeal could result in the overturning of the excessive force ruling and/or force Bah’s family to endure a second trial.

Among the other speakers who came to support Mrs. Hawa Bah was Northeast Regional Director of National Action Network Minister Kirsten John Foy. He took to the podium to directly address de Blasio. “The third leg of the hypocritical stool that de Blasio has built is the idea that you came into office talking about police reforms. You got elected saying you were going to transform a brutal department that was unresponsive to the people, that abused the people, that treated the people differently based on where they lived, what the color of their skin was or what their religion was, or what their sexual orientation was. That’s how you got elected. You came in off the back of the reform movement to turn around and spit in the face of one the reform movement shining stars. That is unacceptable!” he said.

New York City Council Member Jumaane Williams stated, “I’m ashamed to be a part of city government today. The reason that many of us are in leadership positions are on this single issue alone.”

Desis Rising Up and Moving; Interfaith Center of New York; and the NAACP Legal Defense Fund.

Mrs. Bah said that her son was not plagued with depression or anxiety before. “My son, he never had mental issue before the garbage in here. Between the jobs and going to school.” To her, all those with mental illnesses should be treated like the human beings that they are, and not just thrown aside by the city. “I want to see equal justice, the same way they punish individuals if they kill cops, I want them to do the same thing if a cop kills an individual. They covered up my son’s case, they covered up every evidence. They should change the system completely, let them give us justice. My son didn’t deserve to die like this.”