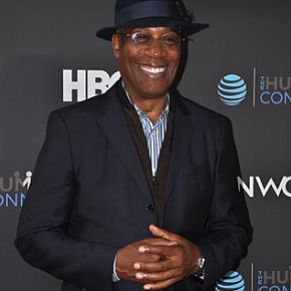 One of the fun parts of film festivals is being able to see up-and-coming film talent, both behind and in front of the camera, make their way down the red carpet. It’s also great to see some of the legends who come out in support of that new talent. Here are some of the people who graced the red carpet at the latest Urbanworld.

Stacey Spikes founded the Urbanworld Film Festival 22 years ago while an executive at famed Miramax films. Noticing that Black films weren’t being included in mainstream film festivals, he launched Urbanworld. At a screening later in the festival he noted that the director of this year’s closing night film, “The Hate U Give,” was also the director of the film they screened at the very first Urbanworld Film Festival, “Soul Food.”

Spikes soon went on to create Movie Pass as well, which despite hitting some rough spots, has grown exponentially in popularity over the past few years. Soft-spoken and donning wire-rimmed glasses, Spikes comes off as just the type of guy who would invent a movie subscription service. He stated, “It’s been such an honor doing Urbanworld for 22 years I can’t believe it. You don’t think it’ll end but you also don’t think it’ll go and do what it’s done.”

Speaking of Movie Pass, he said, “Movie Pass was something we worked on to benefit the larger community and it grew out of Urbanworld. It’s great that the concept was able to get out there and it will have a lasting effect on how we see movie-going in terms of changing the business model.”

Morton, just off a five year run on Shonda Rhimes’ “Scandal,” is already in another series; he stars in the CBS new comedy drama “God Friended Me,” which premieres Sept. 30. Morton wasn’t at Urbanworld to promote his show nor was he in any of the projects being screened at the festival. The legendary actor was there solely to support his daughter. He explained, “My daughter is one of the directors of the festival. She is one of the people who put all of this together. I am very proud of her. She’s been doing this for a number of years, so I am here to support her and I’m here to support the festival in general.” Morton went on to talk about the significance of the types of projects that are included in the slate at Urbanworld. “It’s important,” he said, “that we tell stories that other people don’t tell. It’s important that we tell stories beyond equal rights and civil rights and slavery. We have much larger lives than that.”

Nigerian-American actor Otoja Abit has appeared in “The Defenders,” “Blacklist,” the feature “Stonewall,” in which he played pioneering LGBT activist Marsha P. Johnson, and a number of other series. He has now written and directed his own short film, “Jitters,” which screened at Urbanworld this year. It details a man about to get married who is having second thoughts on his wedding day even as he is about to walk down the aisle. Abit managed to get MSNBC political journalist Joe Scarborough and actor Chris Noth (“Sex and the City,” “The Good Wife”) on as producers of “Jitters.” Even with all the clout that Noth and Scarborough had, they weren’t the ones whose opinions he first sought. Abit explained, “I went to my core group of friends first because I wanted to make sure it was good enough for my friends before I went to the big guys.” “Jitters” went on to win the prize for Best Short Film.

Karl Williams appears in one of the smartest web series out there today, “Brooklynification.” As the name implies, it satirizes the effects of gentrification on Brooklyn residents. Williams plays the code-switching school principal at a school district in a part of Brooklyn that has been heavily gentrified. He explained, “My character is Afro-Caribbean and has mainly a white cohort of teachers that he is dealing with, and we have a parent teacher conference where a lot of the Black parents come in.” Messiness ensues when the parents come in and both teachers and parents have grievances to air.

The co-executive producer of “United Skates” said he believes the documentary, set to air on HBO later this year, is in part about “unifying under music and under the culture of roller skates.” He thinks it’s “something the country could use at this time. I hope they will take from it a lesson in love and unity.” The film examines the history and culture of roller rinks in the U.S., the talent that tends to rise from it and the strange amount of resistance such an innocuous seeming form of recreation receives from law enforcement. Director Tina Brown, who is Australian, said, “We’re using roller skating as a metaphor for what is happening around the country. The purity of roller skating and to see that skaters are being denied access to skate, to see that they are being policed, it just seems ridiculous, but it is obviously indicative of what is going on around the country. I just want people to sit up and take notice but also celebrate the joy of this community.” Reggie and Nadirah Brown (no relation to the director) are the main subjects in the film. Said Reggie, “‘United Skates’ for me is about positivity, progression, patience and a sense of culture. I think for me the biggest thing it represents is culture and a part of American history and African-American history that needs to be told.” His wife Nadirah stated, “This movie is showing our bloodline. Our bloodline is in skates and the title of the film is ‘United Skates,’ which to me is truly what it’s all about.”

Director Fred Soligan stated, “I don’t want to speak for what Carl and Anthony were communicating in the script, but what was really relatable in how I connected to it is that everyone has an experience of letting their loved ones down but their characters are very human and a lot of the comedy comes from them trying to be their best selves and coming up short.” Actress Iman, who plays Angela, said, “We were making this the beginning of this movement that focuses on POC and women’s empowerment. I think the series does point out that we all have to grow up at one point. Men need to be pushed a little bit sometimes to take the next step and it’s usually a badass girl with a strong backbone who does that.” “Frank and Lamar” subsequently won the award for Best

The singing group Black Ivory (Russell Patterson, Leroy Burgess and Stuart Bascombe) is known for such soul classics as “Mainline” and were turning out their hit records at just around the time that Ellis Haizlip launched his innovative variety show, “Mr. Soul,” on PBS. Patterson explained, “At the time he wanted to make a show for young Black artists.” Bascomb pointed out, “‘Mr. Soul’ was our very first television taping in 1971. We were very nervous and excited. It’s a very important film because the television show ‘Mr. Soul’ had a very big impact in the community at the time. Some of that importance has been lost in the succeeding generations because there’s been such disconnect between the time that this originally aired and today, so I really hope this film gets distributed and does really well.” Added Burgess about Haizlip, “He was a pioneer, being one of the first people to present Black artists in that format, so he is a trailblazer in that sense and we were blessed to be amongst the first people that were on the show.” Melissa Haizlip, the writer and producer of the project, is the niece of the film’s subject. “It was really important for me to tell this story,” she said. “He was my uncle. It’s been really exciting to share this film and really important as well.” “Mr. Soul” went on to win the award for Best Documentary.