The importance of traffic safety in MCB9 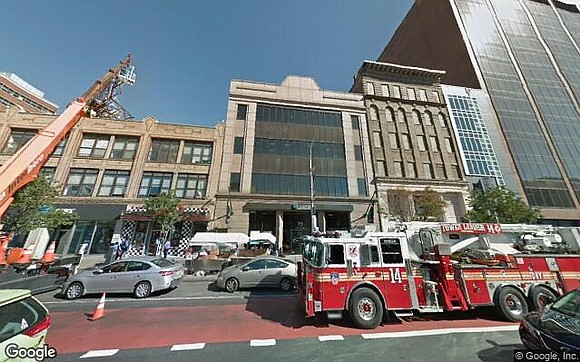 A tragic accident took place last weekend that culminated in the loss of the life of Erica Imbasciani. Imbasciani was struck and killed by a vehicle being driven by someone impaired by illegal drugs, who tried to flee but was apprehended a short distance from the scene. He will have his day in court and we all hope that justice will be appropriately served. But to the family of the victim, a life of sorrow begins.

As a result of this tragic accident, many have reached out to Manhattan Community Board 9 (MCB9) suggesting that we immediately accept the changes that the Department of Transportation had proposed to change the streetscape and traffic flow on Amsterdam Avenue. This has led to verbal attacks by individuals and organizations against board members and the existence of community boards themselves. Many people were unable to separate the tragic incident that took Imbasciani’s life from the measured steps necessary to implement a traffic change plan. Let me be clear: the anger directed toward the board is misdirected and uncalled for. The young lady’s tragic death was caused by an impaired driver, as per police investigations, therefore if we were to prevent this tragedy, addressing illegal substance use in our community would be the right recourse.

It is inflammatory to claim that the streetscape changes would have prevented an impaired driver from striking Imbasciani. When such claims are made, there appears to be another agenda behind it. It was demoralizing to see this death used in a way to advance an agenda. To take the higher moral ground of affirming the tragedy was an unfortunate accident, but also ensuring that any change in the streetscape would be one that best serve the community was a path too difficult to take.

On that larger agenda of improving street safety, MCB9 has been in discussion with DOT on improving transit safety in West Harlem in general and specifically on Amsterdam Avenue. For two years, we engaged in discussions with DOT regarding changes on Broadway, and prior to that Riverside Drive. These changes included the removal of one lane, adding turning bays, restricting parking in certain areas, and other alterations to increase safety and pedestrian traverse of the avenue. On Riverside Drive these changes resulted in an increase in rush hour traffic on the southbound lane. These changes need to be better researched—we have asked on numerous occasions for a health and asthma assessment to anticipate the effects of slower, idling traffic. These requests were dismissed out of hand. As such we were left to acquire resources and personnel to conduct these assessments; in doing so the process becomes delayed but the best outcome is assured. Suggestions for traffic calming could include adjusting the traffic lights, by making the green light stage shorter, but it would in effect reduce the speed at which the vehicles travel.

In supporting the implementation of these changes, we requested changes to contentious turns and other mitigating factors that the board and many area residents felt was not in the best service of the community. Unfortunately, few of the recommendations suggested by the board were implemented. Currently, there is a similar ongoing discussion, with numerous presentations and press conferences extolling the benefit of the change that is proposed on Amsterdam Avenue, with a similar removal of one lane and other factors.

As expressed in a recent resolution that passed, the board unanimously supports safety improvement on the Amsterdam Avenue corridor. We support the removal of a lane, the introduction of a bike lane, but also asked that the ongoing studies be conducted to address emission and pollution increase, that enforcement be accompanied by any changes and that DOT be receptive to changes based on ongoing reporting and feedbacks loops. In essence, if the changes were not helpful that DOT be prepared to reverse these changes.

But let us also be clear, the changes that would have been implemented via this new plan would not have had an impact on this tragedy. In demonstrating the importance of traffic safety, MCB9 created a taskforce during summer of 2018 with the sole purpose of identifying an equitable and holistic way to improve safety on our streets. Therefore, the board is adamant that this tragedy should not be used to force these measures on the community without ensuring that there is sufficient and appropriate enforcement.

The Hon. Padmore John serves as chair of Manhattan Community Board 9.