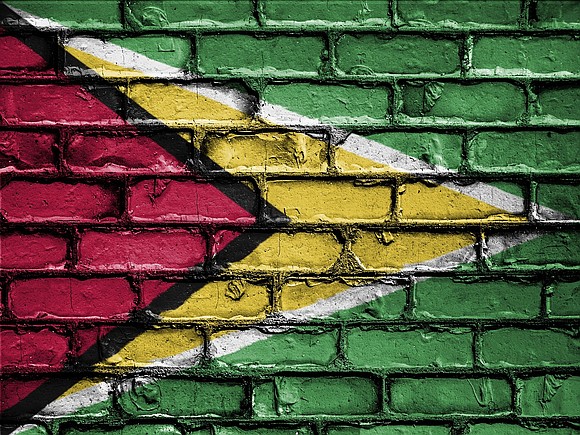 As Guyana, the Caribbean Community’s largest and most resource-rich nation, prepares to become an oil producer by the end of this year, American supermajor ExxonMobil is preparing to add a fourth drilling ship to its offshore fleet given the humongous amount of oil it has found so far and the accuracy of its well drilling campaign since 2015 officials say.

The company announced plans to add the Noble Don Taylor in the past week as it steps up preparation for first oil by as early as November, about four and a half years after first discovering world class deposits of “light, sweet crude” off the Guyana coast.

The discovery has sent other Caricom neighboring states into a frenzy as the U.S. Geological Surveys has for years hailed the Guyana-Suriname Basin as one of the world’s largest untapped reserves in the world but this is about to change when first oil flows from the seabed sometime in November.

The Guyana shout has pushed authorities in neighboring Suriname to step up offshore exploration, using some of the same companies operating in Guyana like Exxon, Tullow Oil of the United Kingdom, Repsol of Spain and others which all have concessions in the Guyana portion of a now fully de-risked and proven basin. Barbados to the east has also stepped up collaboration with oil companies for offshore exploration given its proximity to gas and oil-rich Trinidad, while Grenada to Trinidad’s north has done likewise, tapping a Russian company to sink a few test wells. Prime Minister Keith Mitchell says early indications are that there are commercial deposits of both oil and gas offshore. Some of the larger successful Guyana wells are close to the border with Suriname. The government there said it is just a matter of time before massive finds are the order of the day. Of the 15 wells drilled offshore Guyana, only two have come up dry, creating what experts say is a strike rate percentage industry record.

Far north in Jamaica, local fishermen last year pointed authorities to live sea surface seepages of oil, pushing Tullow to step up exploration off the south coast. And while Tullow was examining seismic data, officials said they had also found hydrocarbon deposits inland and will be pursuing this with vigor.

As the race heats up, Exxon Guyana said at the weekend that the Don Taylor ship will join the Noble Bob Douglas, the Noble Tom Madden and the Stenna Carron on the high seas as the company moves to complete work on the 17 wells it will need for phase one of its oil production campaign. Oil will be stored and carted away initially from a massive Floating Production Storage and Offloading vessel (FPSO) under construction in Singapore. The plan is to have as many as five of these on the water in the production zone in the next five years. Latest estimates of oil in the area have been put at more than 5 billion barrels but the company is known to be extremely conservative with such figures to avoid shaking up market prices.

All the big contractor companies that follow supermajors around the world are already in Guyana—names like Halliburton, Saipem and Schulumberger—all providing massive onshore support services to Exxon and consortium partners Hess Oil of the U.S. and CNOOC of China.

Officials say Guyana’s economic fortunes are about to change for the better going forward and even as the country prepares for first oil, this is happening in the midst of a tight general election campaign. Critics say whoever wins this one with oil revenues set to pour in by the hundreds of millions and later billions, will control the country for decades.