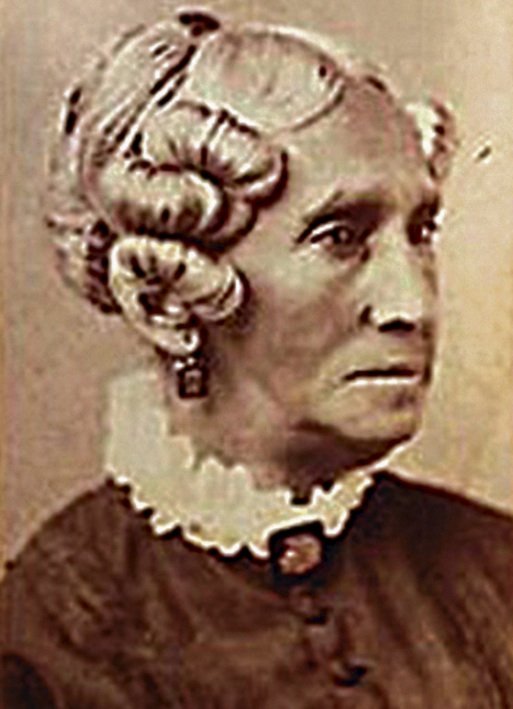 Invariably, when compiling a list of historic, and often overlooked, individuals one name leads to another, and so it is with this iteration of the classroom. Last week in profiling Thomas McCants Stewart I wondered if he were related to Maria Stewart, the writer, lecturer, abolitionist and early feminist. They were, not to my limited research, related by blood, but they had in common an unflinching desire for freedom and equality.

Perhaps the best way to introduce Stewart is to quote Margaret Busby from her impressive compendium “Daughters of Africa”: “Born to free Black parents in Hartford, Connecticut, and orphaned at the age of five, she [Stewart] was bound out to a clergyman’s family, with whom she stayed until she was fifteen. Her minimal education consisted mainly of Sunday schools until the age of twenty. In 1826 she married James W. Stewart, living in Boston, but after her husband’s death in 1829 she was cheated out of her inheritance by lawyers and left impoverished. In her own words, she was ‘brought to the knowledge of the truth, as it is in Jesus, in 1830; in 1831 made a public profession of my faith in Christ.’ In 1832-3 she gave four public lectures in Boston, becoming the first American-born woman to lecture in public.”

Later, Busby cited this line from one of Stewart’s lectures: “O, ye daughters of Africa, awake! Arise! No longer sleep nor slumber, but distinguish yourselves. Show forth to the world that ye are endowed with noble and exalted faculties.” Two things are immediately evident from these words, Busby entitled her book from three of Stewart’s words, and Stewart went on to practice what she preached.

More specifically, she was born Maria Miller in 1803, and after becoming an orphan she was forced to become a servant in the household of a white clergyman, a circumstance she endured for 10 years. Indeed, her formal education was virtually non-existent, but she was a voracious reader and consumed nearly every book in the family’s library.

At 15, and now on her own, she worked as a domestic servant while acquiring a deep immersion in Scripture and Bible studies. Her marriage to James Stewart, a veteran of the War of 1812 and who worked on whaling vessels, ended in his death three years later. Although she was left with a considerable inheritance, she was defrauded of her husband’s will after a lengthy court battle. As a result, she returned to labor as a domestic servant.

As noted above, Stewart, having overcome a terrible setback, underwent a religious conversion. Soon, she actively pursued a new course in life in which she combined her faith in Christ with political commitment. She resolved to become a “strong advocate for the cause of God and for the cause of freedom.”

All of this took place against the national backdrop of an emerging abolitionist movement, and she quickly got involved upon learning of a request for articles by William Lloyd Garrison, the esteemed abolitionist and publisher of the Liberator.

She arrived at Garrison’s office in Boston with a passel of essays, which Garrison published, including a 12-page pamphlet entitled “Religion and the Pure Principles of Morality” (1831). Four years later, according to Busby, she published a collection of her writings, and by this time was living in New York City where she was a teacher.

But it was her speech in 1833, “African Rights and Liberty,” that brought her wide notoriety and a caustic reaction, even from Black men, who were outraged that a Black woman could speak with such force and resolve from a public platform. “African rights and liberty is a subject that ought to fire the breast of every free man of color in these United States,” she said, “and excite in his bosom a lively, deep, decided and heartfelt interest.

“When I cast my eyes on the long list of illustrious names that are enrolled on the bright annals of fame among the whites, I turn my eyes within, and ask my thoughts, ‘Where are the names of our illustrious ones?’ It must certainly have been for the want of energy on the part of the free people of color, that they have been long willing to bear the yoke of oppression. It must have been the want of ambition and force that has given the whites occasion to say that our national abilities are not as good, and our capacities of nature inferior to theirs.”

Despite her powerful oratory skills, Stewart succumbed to public pressure and stopped lecturing on a regular basis, devoting herself to classrooms in Manhattan and Long Island. Even so, she remained committed to the rights of women and was a member of a number of organizations, including a Black women’s literary society.

In subsequent years, beginning in 1852 she lived in Baltimore and then Washington, D.C., where in 1861 she established a school for children of families who had escaped from slavery during the Civil War. By the early 1870s, she was appointed head matron at the Freedmen’s Hospital and Asylum in the nation’s capital. After a law was passed in 1878 granting pension to widows of the War of 1812, she used the windfall of cash to publish a second edition of “Meditations from the Pen of Mrs. Maria W. Stewart.” Garrison was among those contributing letters of support.

A year later, Stewart died at the Freedmen’s Hospital. She was 76. In 1987, Indiana University Press published a collection of her writings that certified her standing as a pioneering political essayist and orator.