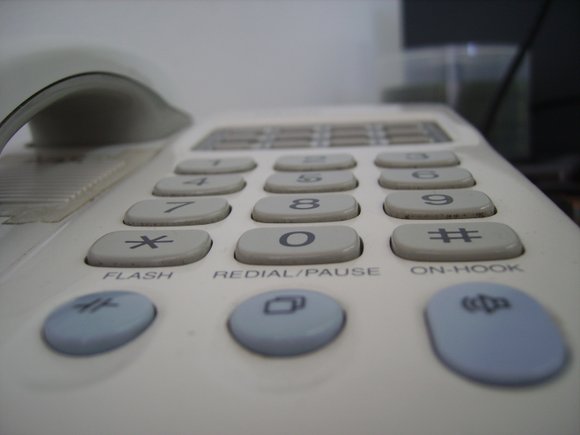 Workers at Bogalusa’s Louisiana call center believe that their employer is violating labor law. And the National Labor Relations Board is here to help.

This week, NLRB Region 15 issued a complaint against Maximus Federal Services, Inc. for violating federal labor law at its call center earlier this year. The complaint stems from Maximus employees’ efforts to get out the word about their campaign to form a union at the call center. They tried to set up meetings, talking to coworkers in the break room and the parking lot.

The complaint states that on April 4, Maximus issued a rule prohibiting access to non working areas of the facility for off duty employees. The goal was “to discourage its employees from joining or assisting the Union or engaging in other concerted activities.” Maximus forced an off-duty union activist to stop distributing information about the union in the break room.

“Maximus management reacted completely inappropriately in response to us exercising our rights under the National Labor Relations Act,” said Bogalusa call center employee Kathleen Flick. “All we were doing was talking to our coworkers and community members about why having a union at the call center could benefit us all. A security person even threatened me out loud, saying, ‘Is she from Bogalusa? I’ll take care of her.’ Calling the local police and sheriff on us for handing out donuts, coffee, and fliers inviting our coworkers to our union-sponsored barbecue was completely over the top.”

The complaint also states that the next day Maximus “[i]nstructed off-duty employees to cease engaging in protected concerted activities in the parking lot adjacent to Respondent’s facility,” denying union representatives access to the parking lot, and summoned the police to get their point across.

“Shouldn’t Maximus management be spending its time and the funds it receives from the federal government on helping Americans access health care?” asked Flick. “Not trying to intimidate us out of advocating for ourselves and our coworkers. Their behavior is really uncalled for and shameful.”

“With Maximus taking over these call centers from GDIT, we’ve seen the same kinds of heavy-handed anti-union tactics being used against workers since the transition,” stated CWA Chief of Staff Jody Calemine. “It’s time for Maximus to stop its union busting and respect its employees’ rights to organize.”

Call center workers at Maximus are federally contracted. They are pushing for “family-supporting wages” and the ability to form a union. Maximus’ practices have drawn the ire of Congress and federal agencies with a hearing scheduled for March 9, 2020.

Maximus, Inc. bills itself as the largest provider of Medicaid administrative services and serves as the Medicaid Managed Care enrollment broker for 22 states while carrying out Medicaid eligibility determinations in 13 states.

“Maximus’ campaign of lies and intimidation needs to stop,” said Sylvia Walker, a Maximus customer service representative and union organizing committee member. “We’re happy that the labor board is moving forward to hold the company accountable, and we will continue to organize until Maximus’ management recognizes our call for a union and wages that reflect the true level of work that we do.”