Don Newcombe, an ‘Other Boy of Summer,’ passes away 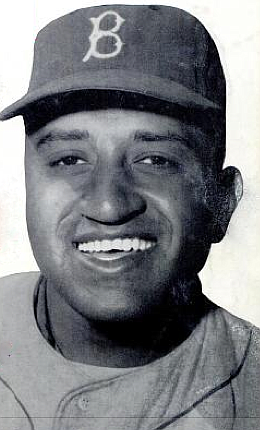 On Jan. 31, the gripping documentary “The Other Boys of Summer” premiered in Manhattan at the Frederick P. Rose Auditorium. Narrated by iconic actress Cicely Tyson, the film debuted on the centennial of the great Jackie Robinson’s birthday.

The documentary, produced by Emmy nominated director Lauren Meyer, profoundly reflects on civil rights in America through the lens of baseball, specifically Negro League players. This past Tuesday, Don Newcombe, one of the men who was instrumental in the shaping of baseball as an integrated institution and by extension America’s social construct, passed away at the age of 92.

Born in Madison, N.J., and raised in Elizabeth, Newcombe was one of the most dominant pitchers of his generation. Although his career in the Negro Leagues was brief—he pitched for the Newark Eagles in 1944 and 1945—he was still an other boy of summer, enduring much of the same vitriol from racists that Jackie Robinson, Larry Doby and the other Black players who preceded him in Major League Baseball faced.

On May 20, 1949, Newcombe became the third Black pitcher to play in the major leagues, following his Brooklyn Dodgers teammate Dan Bankhead and the great Satchel Paige. Along with Hall of Fame catcher Roy Campanella, as a member of the Dodgers’ minor team in Nashua, N.H., Newcombe was part of the history-making first racially integrated baseball team based in the United States.

The four-time All-Star went on to a major league record of 149-90. His win total would have been higher if not for missing the 1952 and 1953 seasons serving in the Korean War. His resume includes the 1949 National League Rookie of the Year award, helping the Dodgers win the franchise’s first World Series title in 1955, and capturing baseball’s first ever Cy Young Award in 1956 when there was only one winner for both the NL and AL. Furthermore, Newcombe was also named the 1956 NL MVP after going 27-7.

However, he struggled in the World Series against the Yankees that year, giving up two homers to Yogi Berra in a Game 7 defeat. The disappointing ending still didn’t tarnish Newcombe’s exceptional career.

Last year, former Negro League All-Star Jim Robinson, who was featured in “The Other Boys of Summer,” shared his thoughts on Newcombe among other Negro League greats with this writer. “He was one of the best pitchers I ever saw,” said Robinson, now 89. “He was a big guy”—Newcombe stood 6-foot-4 and was in the neighborhood of 220 pounds—“so he could look intimidating on the mound.”

His legacy will be remembered far beyond the baseball diamond. Like many of his contemporaries, Newcombe is an American treasure.