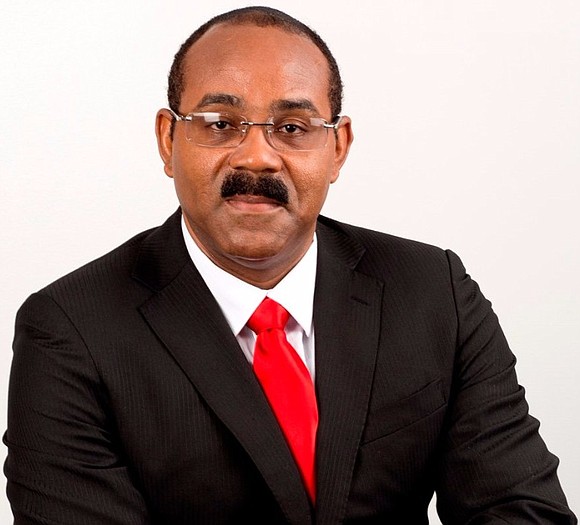 The row between the Bank of Nova Scotia, also known as Scotiabank, and Antigua’s government over demands by authorities for the institution to sell its assets to a local bank rather than to a rival is heating up, with authorities there threatening to nationalize Scotiabank’s assets in the interest of the public.

Late last year, the Canadian financial institution announced plans to sell off assets in nine Caribbean countries, Guyana in the south and countries in the north and eastern Caribbean, to Trinidad’s Republic Bank.

In several of the countries, governments had expressed concerns and discomfort about the unusually large financial footprint that Republic Bank would have after it gobbles up Scotiabank’s assets, saying that Scotiabank now has cartel-like control and dominance of local banking markets.

In the case of Guyana, where it has several branches, authorities expressed deep reservation that Republic will soon have control of over 51 percent of the market, up from 35.4 percent of national banking assets and 36.8 percent of deposits after the acquisition in the coming months.

“The Scotiabank decision, which is made when Guyana’s economy is on the cusp of financial transformation with the onset of a massive new oil and gas sector, raises concerns and is regretted,” the Ministry of Finance said. “The effect on competition and the potential for Republic Bank to have too much influence on the pricing of banking products and rates, issues related to correspondent banking options and loss of jobs as a result of Republic Bank consolidating branches were other concerns.”

As it relates to Antigua, the administration of Prime Minister Gaston Browne is demanding that Scotiabank sell its assets to a local bank because the spinoff effects would be good for the economy and ordinary citizens alike.

The bank has strongly resisted, contending that the sale is a private transaction and that it is free to choose a buyer rather than to be dictated to by any government.

This past weekend, Browne explicitly warned about the strong possibility of compulsory acquisition of banking assets on top of previous warning that he would refuse to sign legal documents vesting Scotiabank to Republic. The Antigua Observer newspaper reported that Browne is insisting that the plan to sell to the Trinidad firm be revisited. The two sides are slated to hold a meeting in Antigua this week at the demand of the prime minister.

“We are using that vesting order to literally negotiate a position in which the local entities should be given a first preference,” said Browne. “And, as I said earlier, we also have the option of compulsory acquisition if they choose to fight us. Our indigenous banks need to get larger, and if we can get the Scotia assets, let’s say for example, if you can consolidate the Scotia assets with maybe ACB Antigua Commercial Bank, then ACB will become more bankable in terms of correspondent banking. In terms of national interest, there are many benefits to the country, and I believe that we can make the arguments that we can compulsorily acquire the branch here in the public interest.”

Browne pledged that if the government acquires the bank, its owners will get a fair payment for it. “That is an option that we would have to discuss with them because they must understand that they can’t run roughshod over us because they can’t do that to the government of Canada,” he said. “My dear friend Justin Trudeau would not allow them to do that.”

He added, “We are just a practical government that is taking the necessary decisions to protect the interest of the state and to make sure that we have an economic model that works for us and a model that repatriates most of the profits that are generated in the country.”

In some of the very small islands with tiny banking sectors, the issue appears not to be a problem, as is the case in the more active ones.