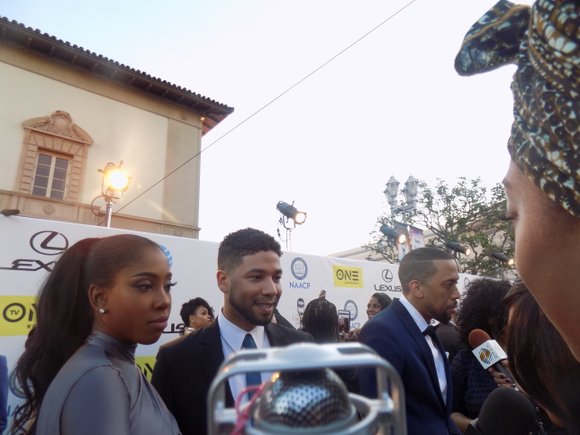 Reports indicate that Empire star Jussie Smollett was the victim of an apparent homophobic and racial attack that landed him in the hospital.

The alleged attack occurred in Chicago early Tuesday morning where two men wearing ski mask reportedly placed a noose around his neck. Smollett recently got a what looked like a ransom note that read "You will die black f--."

No arrest have been made and Smollett was released after being treated at a hospital.

“The recent racist and homophobic attack on acclaimed actor and activist Jussie Smollett is troubling," said NAACP President Derrick Johnson. "The rise in hate crimes is directly linked to President Donald J. Trump’s racist and xenophobic rhetoric. It is dangerous for any society to allow a tone of divisiveness and hatred to dominate the political discourse."

Smollett is best known for his role as Jamal Lyon on the primetime Fox drama Empire.