‘These men are behind bars...but their voices have to be heard’ 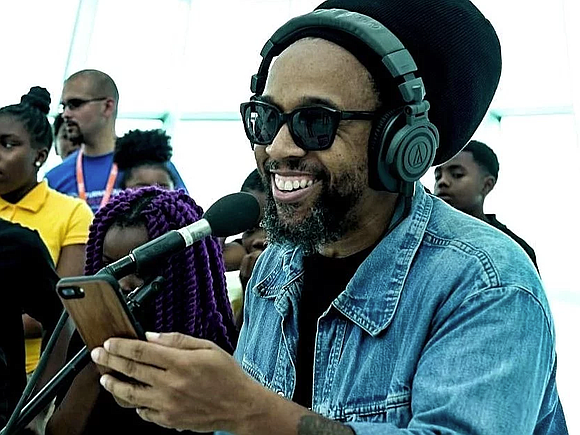 “These men are behind bars...but their voices have to be heard,” says Todd “Speech” Thomas about his new documentary “16 Bars” which opens Nov. 8 in New York.

In Grammy-winning recording artist Todd “Speech” Thomas’ (of Arrested Development fame) new documentary “16 Bars” four men’s stories are unleashed coming to life inside a makeshift recording studio located in the Richmond City Jail. These four imprisoned men collaborated with Speech Thomas on an album recording that reaches into their painful pasts to find ways to open new doors in their futures.

Two-time Grammy-winner Speech is considered one of the godfathers of conscious hip-hop. His band Arrested Development’s 1993 debut album “3 Years, 5 Months & 2 Days in the Life of...” went quadruple platinum and achieved what few thought was possible at the time, establishing an Afrocentric alternative to gangster rap that was commercially viable. Twenty-five years later, Speech continues to tour the world with his band and seek out opportunities to use music to address issues of social and racial justice.

Here is what two-time Grammy-winner Speech Thomas had to say about making “16 Bars.” This interview has been edited for length

NEW YORK AMSTERDAM NEWS: “16 Bars” is a powerful documentary. Did you go into this project with your eyes open or were you naive?

SPEECH THOMAS: Yes and no. I didn’t know who I would be speaking to and what their particular issues would be. Out of the four men that are in the film, I would say two to three have serious addiction issues and maybe really all four but I didn’t know that until I went in and started to talk with them. So, yes and no. I was naive to some extent and used to this to some extent as well.

AMN: When I saw how you used music to help them connect with their feelings and to help confront their inner demons, so to speak, I feel that you are on a mission to do good. You are doing spirit work.

ST: I agree with that. I do agree that it’s sprit work. Most of the work that I do in my life is that type of work.

AMN: It was a powerful gift that you gave these men.

ST: I wanted to give these guys the opportunities to simply voice their thoughts and opinions.

I learned while screening the film around the nation is that by just giving someone a sliver, a thirty-minute sliver [look] into the minds of these men helps to humanize them. It helps people to dream about who else is behind bars that they don’t know.

AMN: What has surprised or moved you about audiences’ responses to “16 Bars?”

ST: It surprised me how many families are struggling with having family and loved ones incarcerated. Many of them being injustice-ly incarcerated. A lot of the audiences that we screen this for we often do Q&A’s and I ask people—yo—how many of you have a direct family member that is in prison and often it’s 60%-70% of people in the audience that have that situation. That’s surprising.